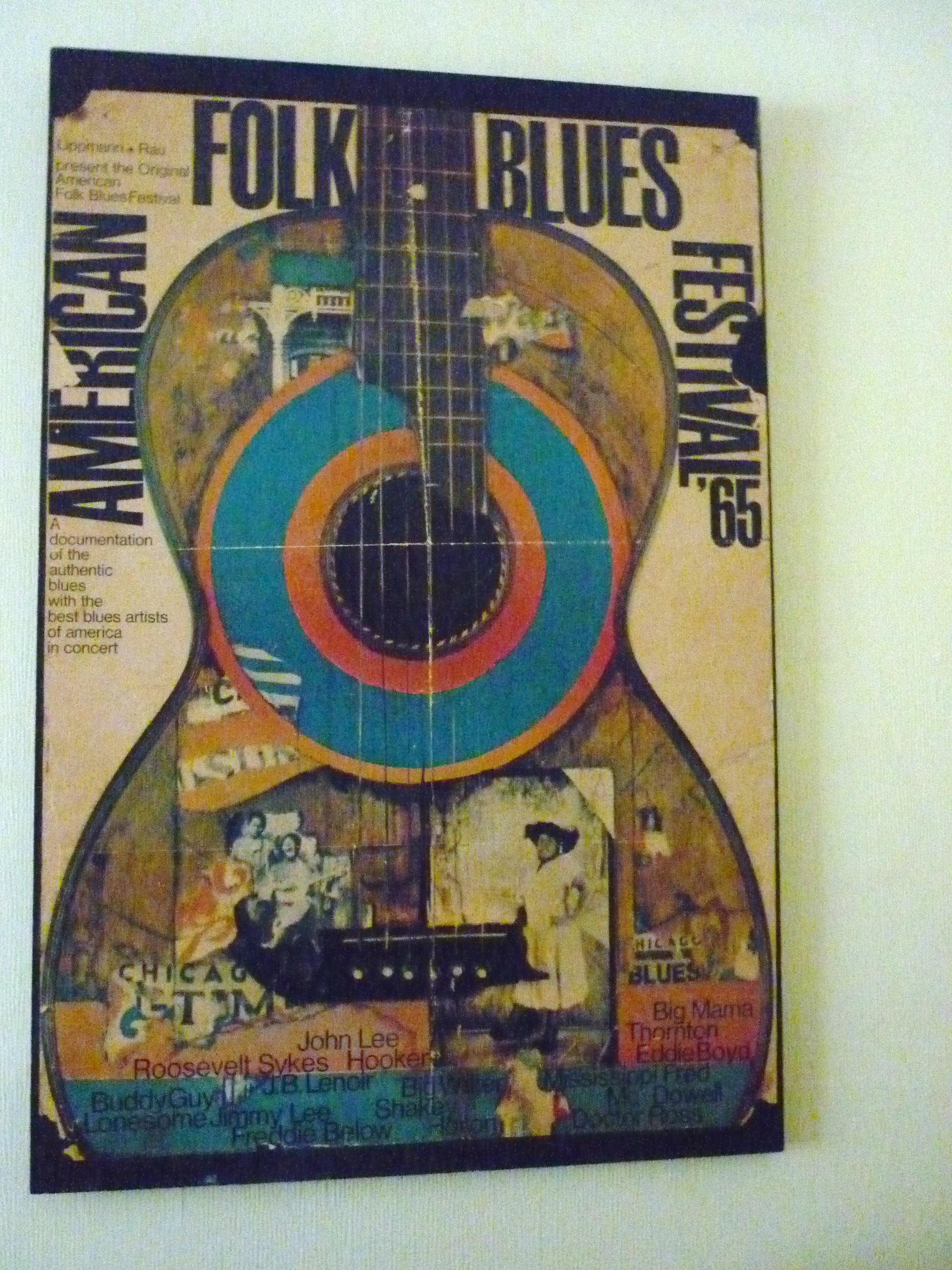 This is a generic poster advertisng a package tour that played at Town Hall, Birmingham sometime in 1965. Norman Hood tells us a little more about the night in the oral history clip. We have included the poster as many of the artists listed are of the type that would have played at Henry’s Blueshouse and were generally part of the musical landscape of the time that influenced the British blues boom, which in turn had an impact on Mythology/Earth and eventually Black Sabbath. It is also a very nice poster. A little frayed at the edges but it is 45 or so years old. Most 45 year olds are a little frayed at the edges!

I have seen a very similar image used on the cover of a 1967 compilation album titled American Folk Blues Festival 1967 so we can assume that the tour rolled across Britain and into Birmingham in that year too. We also know that on 2nd May 1965 a line up under the banner The American Folk, Blues & Gospel Caravan appeared at Town Hall. Artists included Sonny Terry & Brownie McGee, Muddy Waters, Sister Rosetta Tharpe, Mississippi John Hurt, Rev. Gary Davies, Cousin Joe Pleasants & Otis Span.