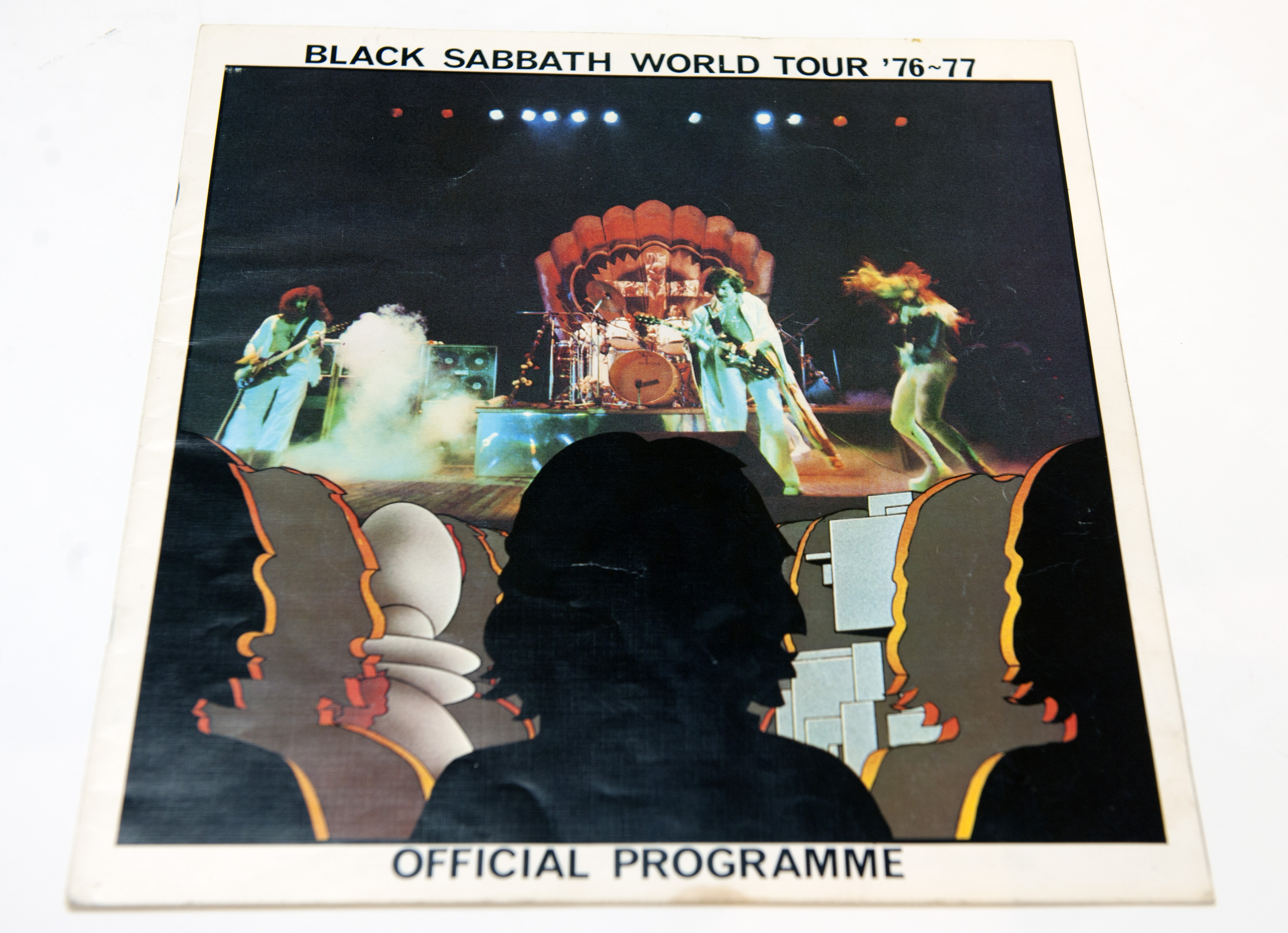 Some of the songs you will hear tonight are from Black Sabbath’s latest album “Technical Ecstasy” and it is undoubtedly true to say that this elpee marks the birth of a new era for the band in general and Tony Iommi in particular. Tony has long been regarded as one of the premier hard rock guitarists. His style, commitment and sheer attack are envied by many of his peers and admired by laymen. But today he stands as a more complete rock musician than ever before. Take Ozzy Osbourne’s description of the album “It was enjoyable to make. At least Tony enjoyed it – ‘cos he made it.”

When Ozzy said that, Tony and he were in a hotel bar in Birmingham, England. Tony reacted to his colleagues praise characteristically. He took a pull at his beer, grinned slightly embarrassed and merely said, “I wouldn’t go as far as to say that.” This is the face that Tony shows to most people outside of the band. Slightly shy, extremely serious, deeply concerned that people understand what Black Sabbath represents in the world of rock and to the members of Sabbath themselves.

With this album Iommi displayed a new devotion to the public representation of Sabbath’s music on record. As Bill Ward says “Tony followed it all the way through from the first scratch – sitting in a room and writing the songs – to the last scratch, in the mastering and cutting rooms” Iommi was again characteristically shy. “If you want something right” he asserted “you’ve got to follow it through yourself”.