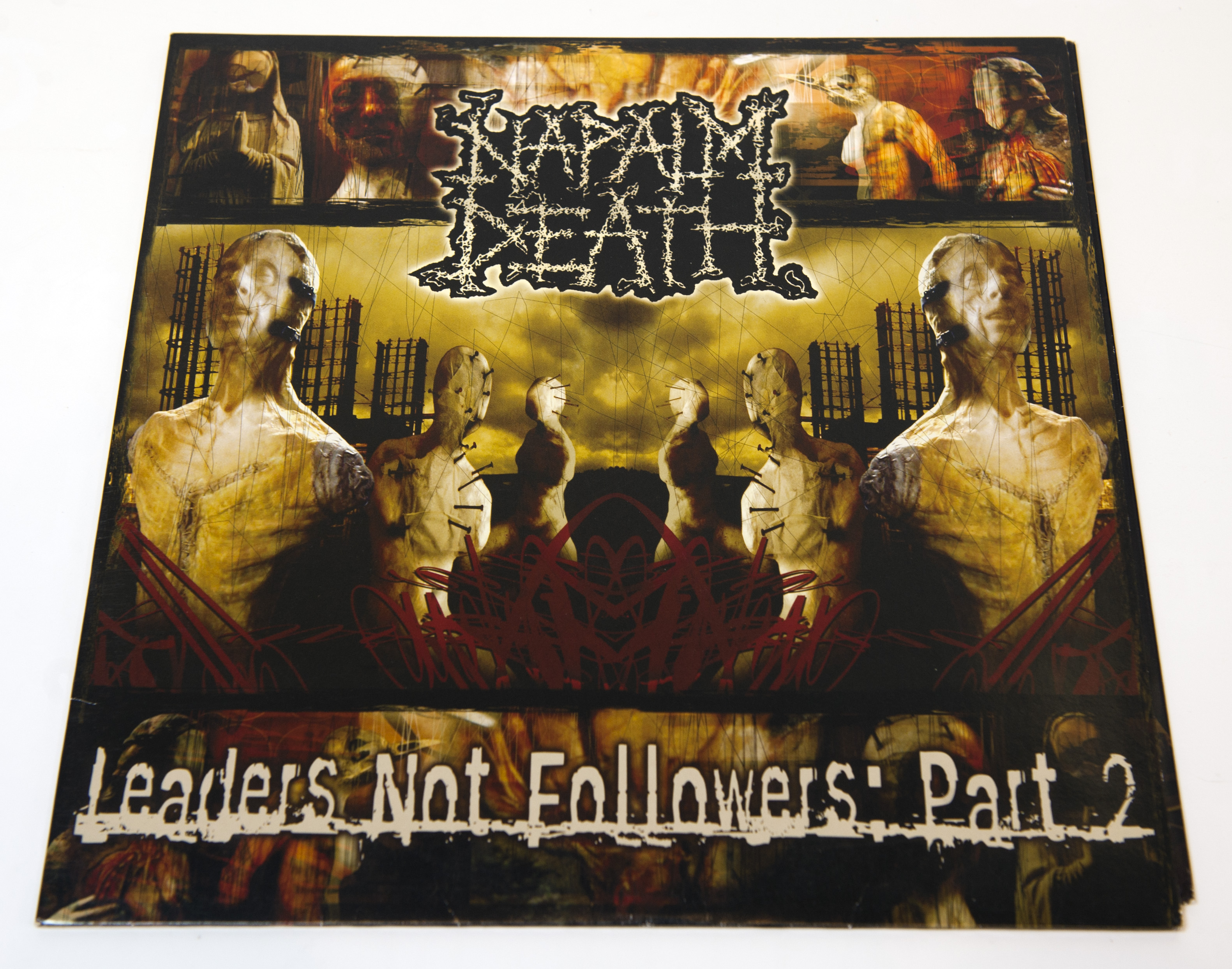 Leaders Not Followers: Part 2 is Napalm Death’s eleventh album. It is a sequel to their earlier covers EP. It contains covers of old hardcore punk and heavy metal bands, including Cryptic Slaughter, Massacre, Kreator, Sepultura, Siege and Discharge. Although credited, Jesse Pintado did not play on either Order of the Leech or Leaders Not Followers: Part 2. The two guitars that you hear is Mitch over-dubbing. Courtesy of Shane Embury.