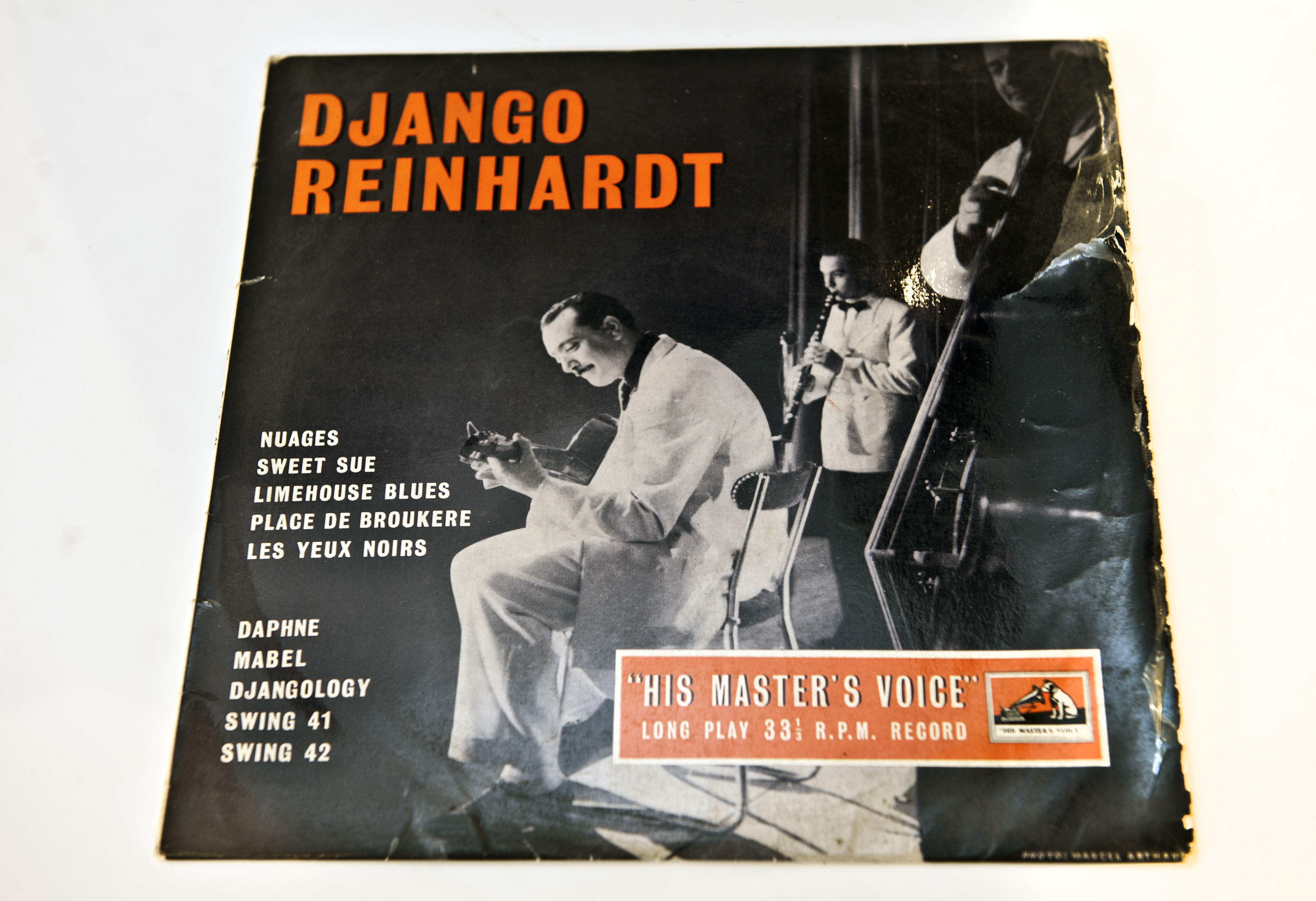 Django died in 1953 and this record is one of many that were released after his death. He is credited with developing a new style of jazz guitar.

Born in Belgium in 1910 and brought up outside Paris as part of the Romani community, Django made a living from music during his early teens after leaning to play banjo. Aged just eighteen Django was badly burned after his caravan caught fire in the night. Two fingers on his left hand were damaged and remained partially paralysed. His leg was also badly burned. Doctors predicted that he would never play again. After the accident Django switched to guitar and learned new ways of playing.

During the 1930s he adopted jazz influences and would later tour America where he played alongside Jazz legends such as Louis Armstrong and Dizzy Gillespie.