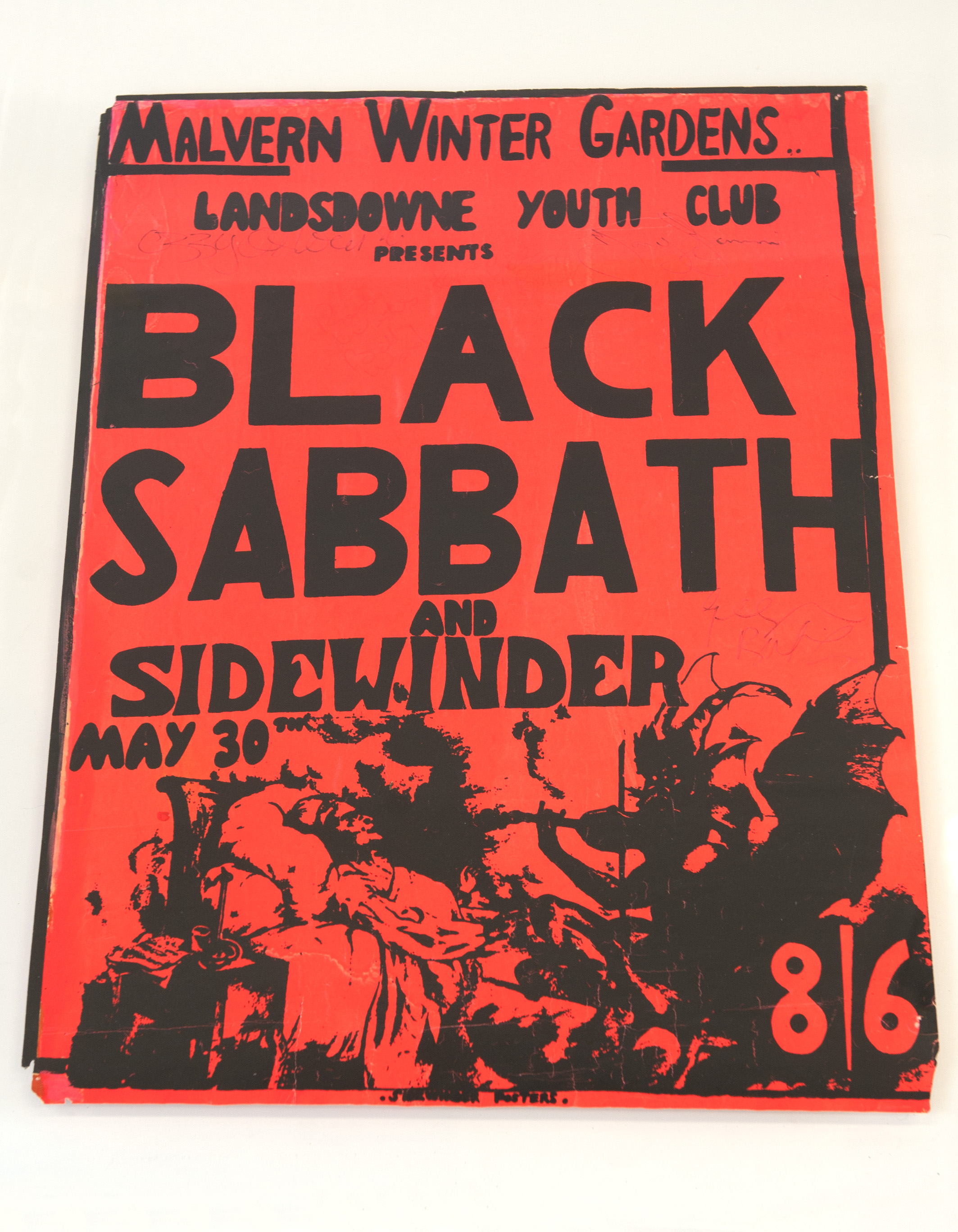 A signed poster for a concert at Malvern Winter Gardens, May 30th 1970 organised by Landsdown Youth Club. Krusher Joule who later worked as a graphic designer for Ozzy Osbourne and other Heavy Metal bands, attended the concert. He remembers Ozzy jumping round the stage ‘like an electric frog’. The poster has actually been signed twice. Once on the night of the concert and again when Krusher interviewed the band in 1998 before a gig at the NEC, Birmingham.

Added by Krusher
From: 30 May 1970
Bands: Black Sabbath
Categories: Posters