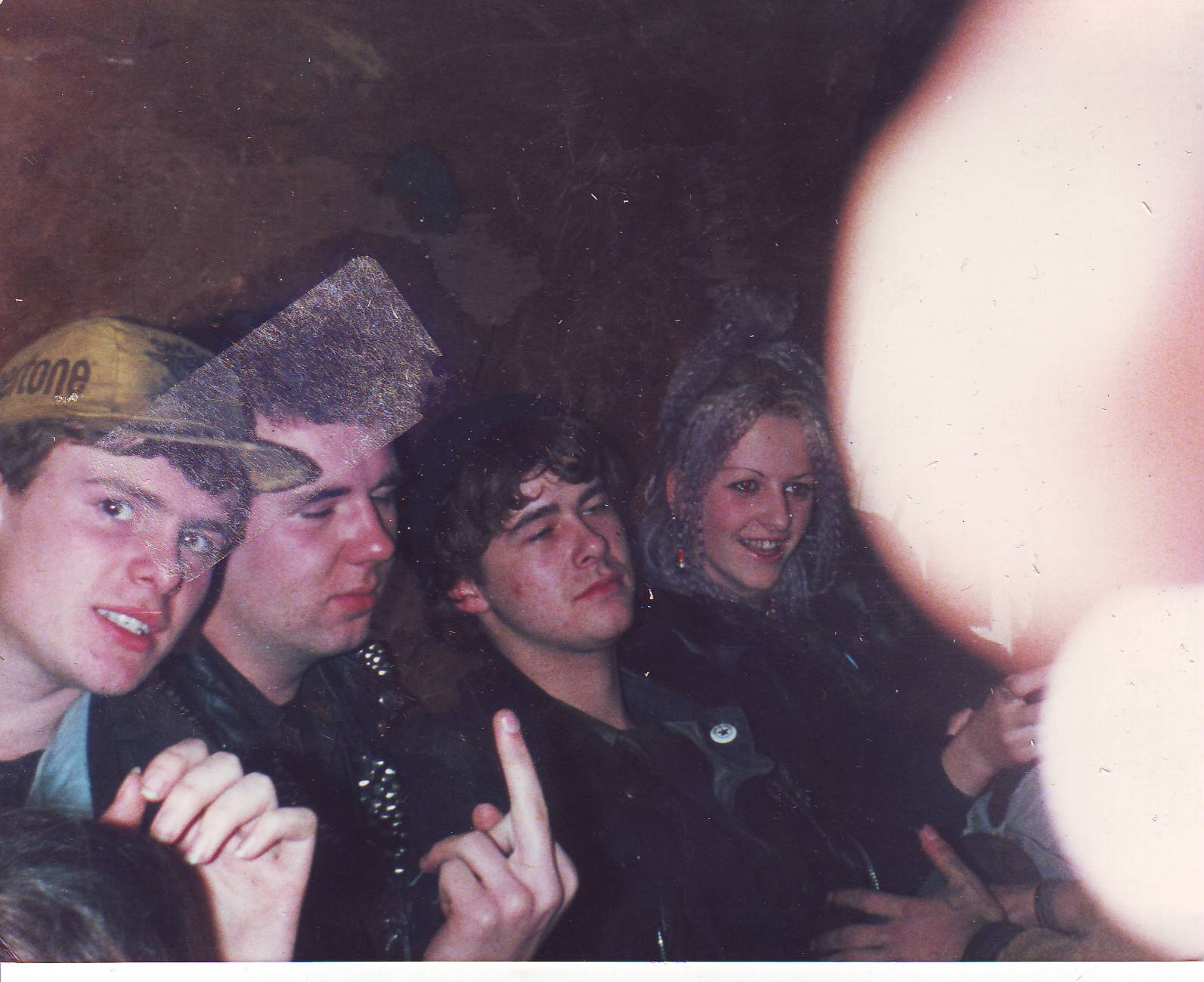 worst camera in the world, i wasnt that drunk, the view finder was misaligned and heads were cut off, i didnt get to find out for another week by the time id forked out for prints. digital youth have no idea of the hardships we endured etc.. blah blah blah blah blah….

transit van load of geordies head off to brum for …crusty loud night in november – 24 years ago , amazingly all 3 of these bands are still going. ripcord also played and i cant remember who else, the evidence suggested i hogged the front seat on the way back though. rare hellbastard gig with grant and sean ( debauchery) in the line up .

‘stenchcore fest’ – a delightfully named evening out at the mermaid, among othesr on the bill were hellbastard and deviated instinct – 2 heavy hitters from as far afield as newcastle and norwich, every mermaid gig i attended featured napalm death as the opening act , i first saw them at the amebix all dayer march 86, from then on i was hooked as they got sicker and more ridiculous each time , loved it. Up in newcastle / gateshead we had our own collective diy venue called ‘the station’ which existed from 1982 to late 1985, later on in 1988 i moved to yorkshire as the 1in12 club venue opened up in bradford and its going strong to this day, but for those grave new world years between anarcho punk and ‘britcore’ (as it was woefully termed in ‘sounds’) the mermaid was the place to be to find fellow freaks and lunatics and totally raging bands in a crumbling surround . happy days!