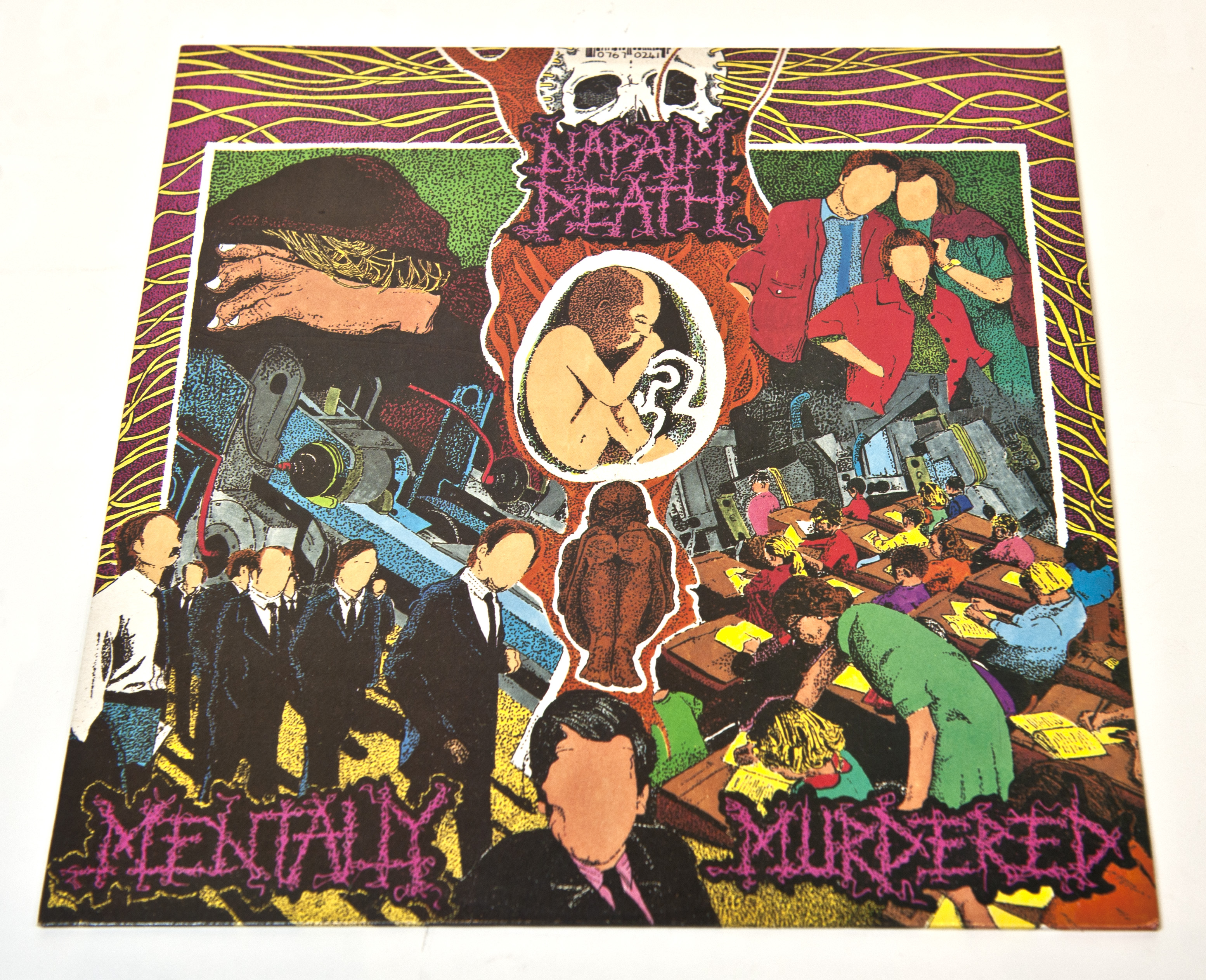 The Mentally Murdered EP was originally released in 1989. It was later included on the Harmony Corruption CD and the Death By Manipulation compilation album. This is the last recording with the Harris/Steer/Dorian/Embury line-up. This EP was recorded at the Slaughterhouse Studios and took on a slightly different sound, blending grindcore with death metal. Following the release, Napalm Death were featured on national television in the United Kingdom in a heavy metal special by Arena (BBC 2) (Source Wikipedia)