Full lineup – Napalm Death, Mistress, Killing Mode. This show was a low-key preview show for their upcoming ‘The Code Is Red…Long Live the Code’, their twelfth studio release. The show was preceded by a listening session for the album hosted by the band for press and certain fans. The show was completely sold-out, and the relatively small venue meant the reaction was chaotic, with stage divers and mosh pits bringing to mind video footage from the bands early days. 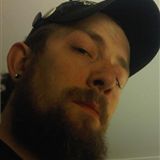