THE ARCHIVE: Diamond Head ‘Lightning to the Nations’ LP (1980) 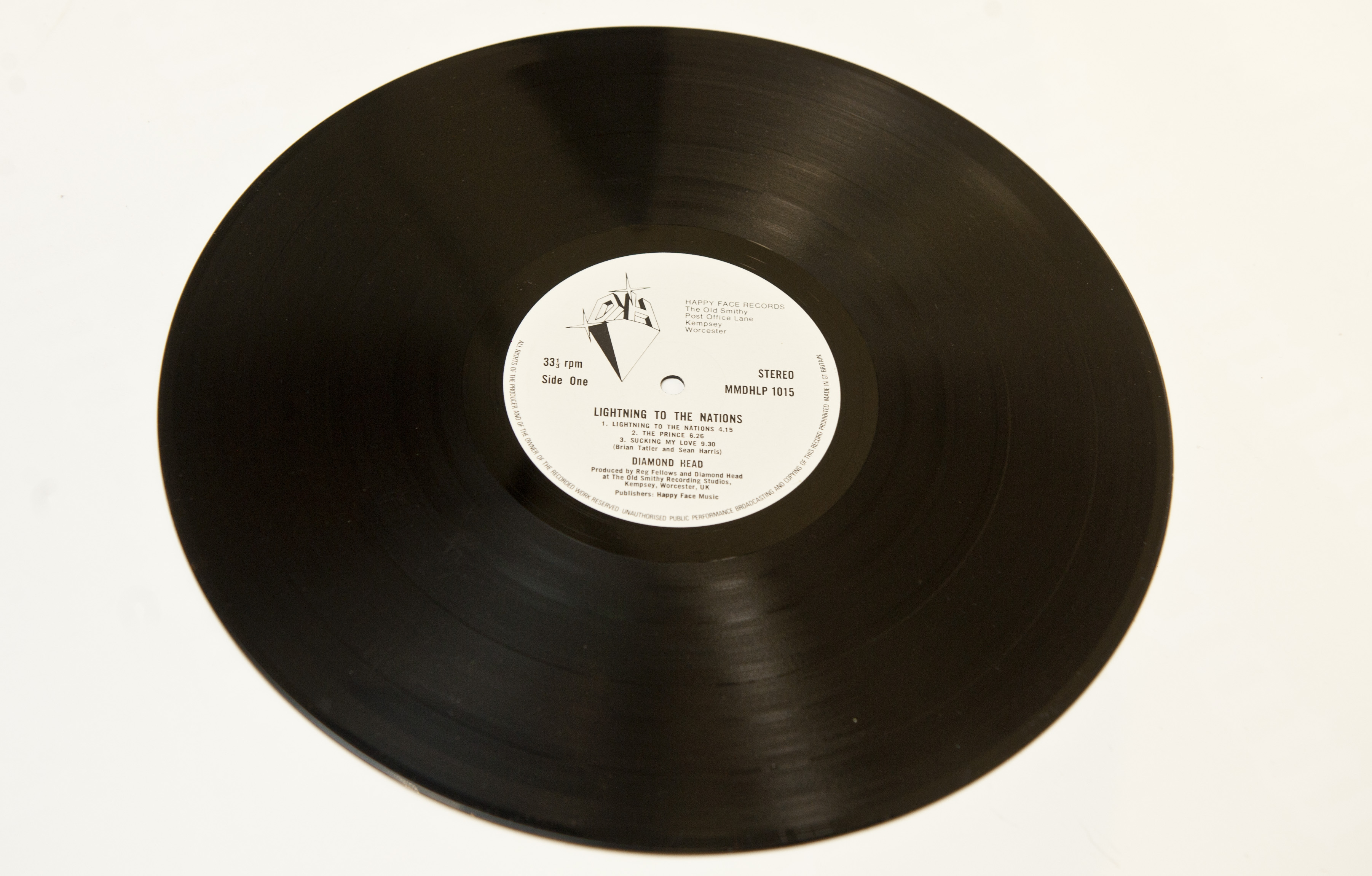 After releasing 2 seven inch singles on small record labels, Diamond Head recorded an album. When no other record labels wanted to release it Happy Face Records pressed 1000 copies and advertised them for £4 each using small adverts in Sounds, the weekly music paper that had also given it a good review. The record has no illustration on the sleeve, some copies were signed by members of the band.