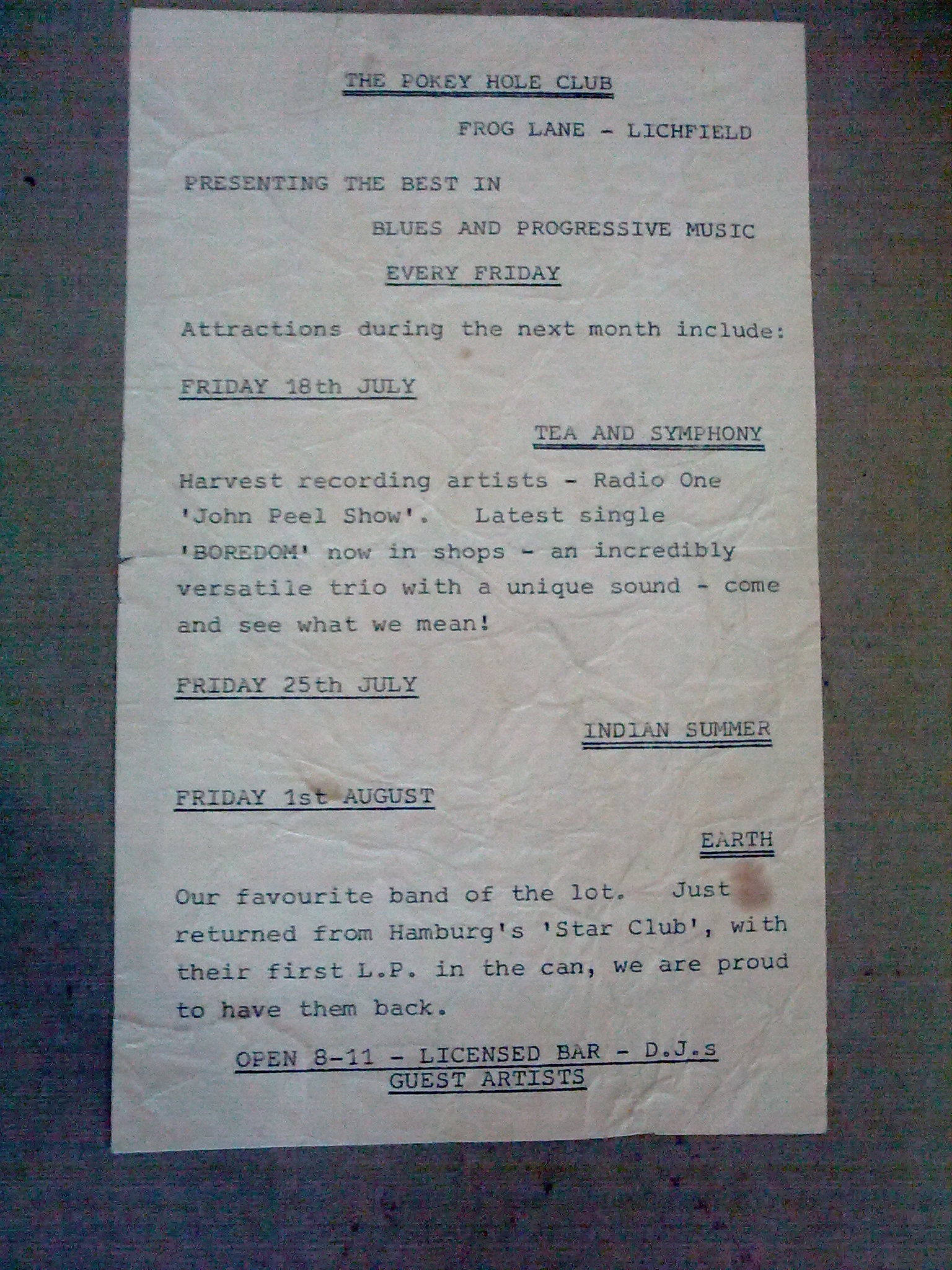 This gig was just after Sabbath returned from a trip to Hamburg. When the gig was booked they were called Earth. Some sources state that the decision to change the name was taken on the boat on the way over to Germany. This flyer was obtained from Norman Hood who booked the gig. His main memory of the evening is that the band announced from the stage that they had changed their name to Black Sabbath, Tony played a 25 minute solo and that it was one of the loudest nights Lichfield had experienced since the Civil War. The Pokey Hole moved from pub to pub in Lichfield as landlords complained about the noise – Sabbath/Earth played at all the venues.

The flyer mentions the first LP but this is probably a reference to some demos recorded at Zella Studios, 32 Bristol Street, Birmingham as this gig predates the Regent Sound, Denmark Street, London sessions which became VO6 by some months.

Geezer and Tony also remember gigs at The Pokey Hole. In the BBC Rock Family Trees programme Sabbath Bloody Sabbath they talk about how The Pokey Hole was the venue where they played the song Black Sabbath for the very first time.

Geezer: “We finished the song and it went nuts, the whole place just went nuts. Before it was always apathy and then we did this song ‘Black Sabbath’ and it just went absolutely mad. People going ‘What the hell was that that you played?’ And we realised that we were on to something.”