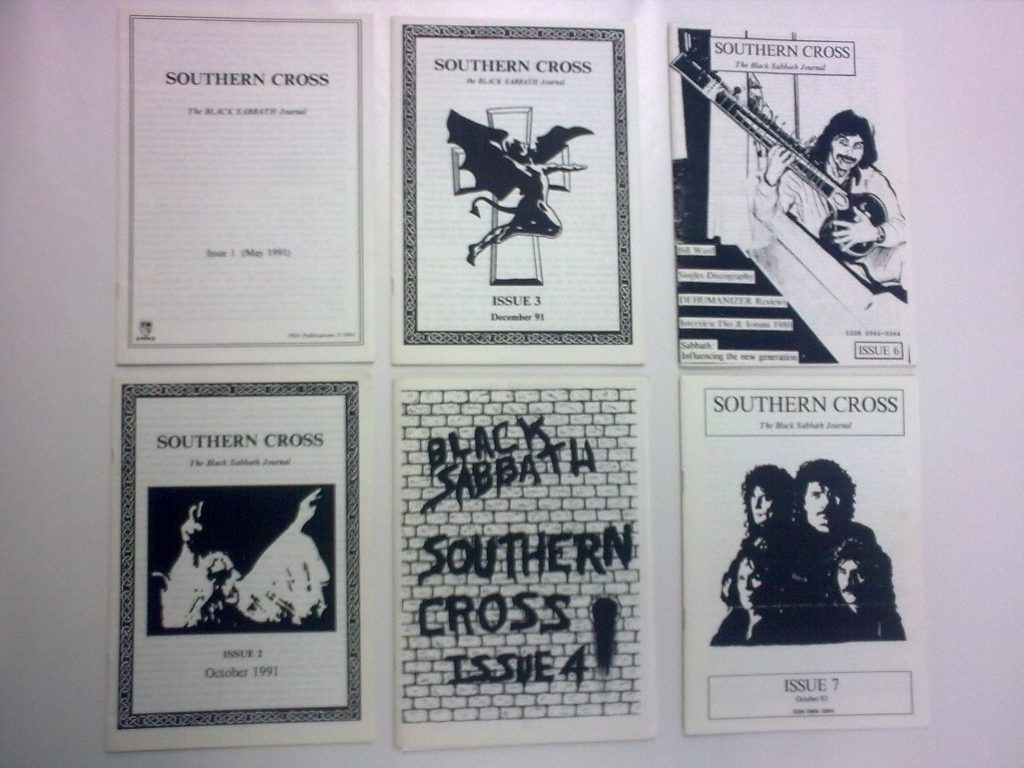 The Home of Metal archive is growing daily, but it wouldn’t be half of what it is today if it weren’t for the fans who have contributed to it. Birmingham resident Chris Hopkins has loved Black Sabbath since the early ’80s, and has uploaded a wealth of old fanzines, shirts and images to the archive, so we caught up with Chris to find out more about his collection, and why he’s especially excited for the band’s final gigs in Birmingham this weekend…

“Heard them for the 1st time via the compilation album that was released in 1980. It was an album called ‘Axe Attack’ and featured lots of popular metal bands of the day ie…Judas Priest,AC/DC,Gillan and Sabbath etc…but it wasn’t until my Dad got me the ‘Paranoid’ album on cassette in the xmas of ’82 then i really got into them. I listened to that cassette on repeat for days and then it was a case of catching up on their back catalogue. I’d got hooked by their creativity, diversity & heaviness but also their despair and sadness.”

What’s your favourite Black Sabbath album, and why?
“Three albums that I consider equal favourites are ‘Sabotage’ from ’75 which just covers every base. It is heavy, sad, has Ozzy’s finest vocals in my honest opinion (‘The Writ’)… totally ground breaking stuff and also ‘Volume 4’ from ’72 which is brutal, has some real heavy moments with plenty of melody and also some nice chilled out vibes. ‘Wheels Of Confusion’, ‘Cornucopia’ & ‘Under The Sun’ have really heavy riffs, incredible lyrics and were ahead of their time. No other bands out there could have played so heavy. Finally, I must include ‘Mob Rules’ from ’81 with Ronnie James Dio on vocals because there are some incredibly well crafted tunes on this record. It gets over looked by the ‘Heaven & Hell’ album but in my opinion it captures the essence of Black Sabbath albeit without their original singer… a lot of this has to be due to the awesome production of Martin Birch and Butler/Iommi intertwine on the music throughout the whole record on a different level and it’s topped off by Ronnie’s majestic vocal performance.” 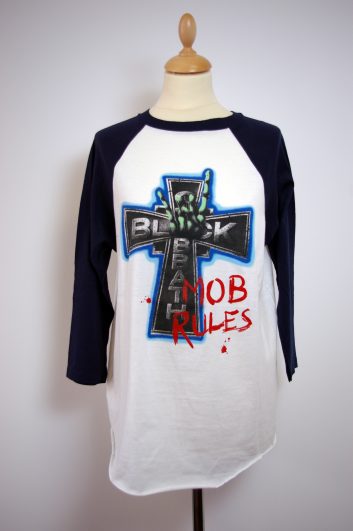 You’ve got an impressive collection of Black Sabbath merchandise – but what’s your favourite item of Sabbath merch, and why?
“My fave merch item is a baseball/raglan shirt from the ‘Mob Rules’ UK ’82 tour… beautiful design, fantastic set of tour dates on the back & it took me a while to track one down. Finally found one hanging up in an independent record shop in Nottingham and the owner had all of his tour shirts on display, I had to negotiate a trade which meant I had to go home to Brum and return the following week and trade some Sabbath stuff I had in order to take possession of the shirt. Still my fave shirt design that they have ever done… also a framed poster/photo of the original band that I had to bid for at an auction and Geezer Butler has the same picture in his office/home. I only know this because I saw it in an interview he did which featured in an interview broadcast on telly.”

What was it about Black Sabbath in particular that inspired you to start your Sabbath collection?
“I was captured by the riff… I loved a lot of metal bands, Priest, Motorhead,Maiden, Rainbow, Quo, AC/DC, Saxon but Sabbath just surpassed them all. I loved their lyrics, heavy moments, subtle moments, their history, the association with Birmingham and I kinda felt like they were my band… like a belonging.”

Are there any other Birmingham based metal bands that have been a big inspiration on you?
“I saw Judas Priest in 1981 at the Birmingham Odeon with my Mom & Dad and they captivated me to the point that I have seen them at least once on every UK tour they have done since & I respect them and love their passion.” 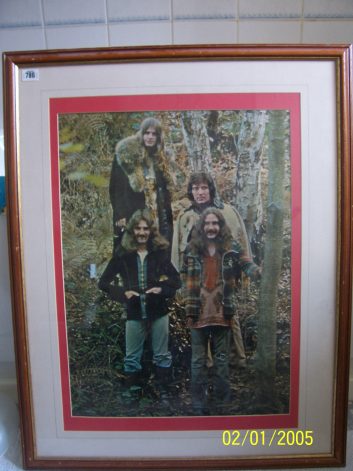 Do you think Birmingham gets the credit it deserves for birthing bands like Sabbath, Judas Priest, Napalm Death, Godflesh etc?
“Birmingham gets name checked in the press more nowadays than it ever did as being known as the Home of Metal, but it needs more than words in the press. It needs a proper base, a place that visitors to Birmingham can check out… somewhere people can check out merchandise, posters, tour programmes and somewhere the associated bands can donate stuff they no longer require which will be of interest to fans – plus link it in with a bar so that people can get a beer and chat with like minded people.”

Did you ever get to see Black Sabbath live? If so, how was the experience?
“I have seen the Sabs live over 60 times which over the years which has included 5 trips to the States to catch them and I am preparing to go down London for a gig at the O2 in Docklands and then there are the final 2 Brum shows later on this week. The experience is always one of anticipation & excitement and occasional disappointment like Hammersmith ’87 ,Hanley ’90 & Poole ’92 where the gigs were cancelled on the day! But it all adds up to an interesting & expensive experience.”

Would you agree with the claim that Black Sabbath were the world’s first metal band, and why?
“I am aware that some people say ‘You Really Got Me’ by The Kinks started it and Steppenwolf mentioned it in ‘Born To Be Wild’, and obviously Cream, Hendrix, Iron Butterfly, Blue Cheer, Zeppelin all had heavy moments but overall I think Sabbath were heavier than all of them and if they inadvertently invented the genre then fair play to them, altough I still prefer the tag Heavy Rock.”