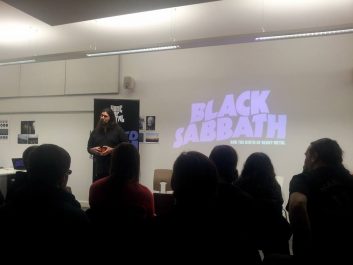 Last week, our volunteers were lucky enough to be given a talk on the history of Black Sabbath from former Metal Hammer editor Alexander Milas.

The talk began with Sabbath’s early days, and the political and social events of the ’60s and ’70s (guitarist Tony Iommi’s infamous finger incident not withstanding) that lead them to create a heavy, ominous sound that spoke to the disenfranchised working-class youth of the time more than the ‘flower power’ style of the hippie movement and bands like The Beatles ever could. 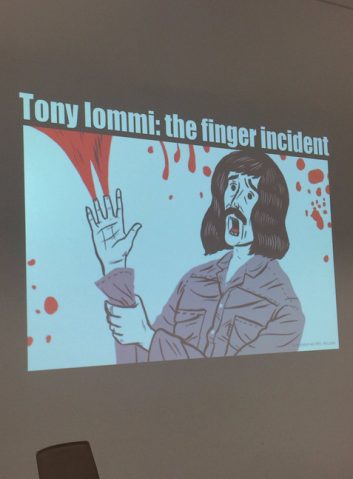 But whilst Liverpool has very definitely made a point of celebrating The Beatles as part of the city’s musical heritage, it’s strange that Birmingham still hasn’t made more of its connection to Black Sabbath and heavy metal.

As the talk went on to elucidate, metal is one of England’s biggest musical exports, with the style, sound and look of the subculture reaching across the globe. Alexander went on to describe how it felt travelling to other parts of the world, meeting people who shared his passion for metal despite coming from entirely different cultural backgrounds, watching millions of South American metal fans pack out stadiums and wondering how it incredible it is that this can all be traced back to four down-trodden working class lads from Birmingham.

Home of Metal aims to help Birmingham recognise metal as a vibrant and important part of its history, by breaking down the negative stereotypes that have surrounded heavy metal culture and celebrating the art form not only for the joy and inspiration it has given fans around the world, but also the impact and influence it has had on mainstream culture and other forms of music and art.

With your help, we’ll be collecting photos, stories and memorabilia for our touring Home of Metal exhibition, to share with the world the power and beauty of metal, and remind everyone where it all began. It may not be an easy road, but with volunteers as good as these, we’re sure we can accomplish anything… 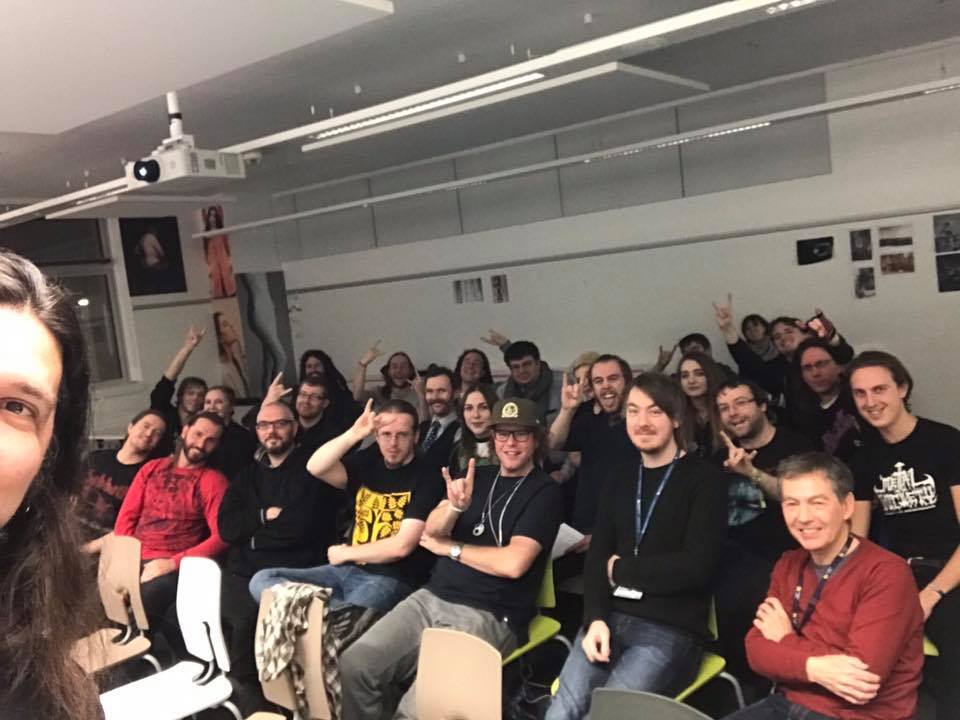