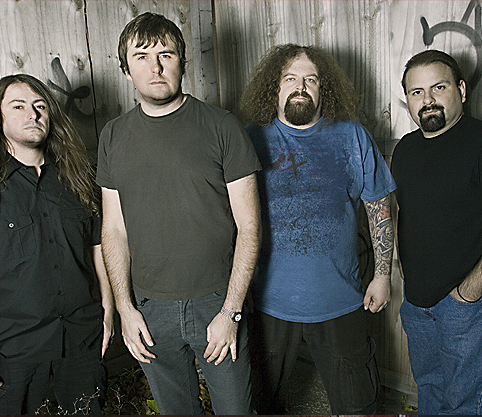 Grindcore. Perhaps the most ferocious, uncompromising sub-genre of them all. Is it any wonder that it was originally spawned within the confines of the West Midlands?

Napalm Death burst onto an unsuspecting scene already disaffected with the state of Maggie’s Britain, and with their unintelligible vocals, putrid guitar sound and their embracing and re-approximating of the blastbeat saw them coin the phrase grindcore.

Taking their cues from the likes of Anarcho-punk, raging Japanese hardcore, first-wave death metal and influence from the more obtuse acts of the day such as Swans, their ‘Scum’ debut sent reverberations through a nations consciousness, aided in no small part by their championing at the hands of legendary DJ John Peel.

To this day, Napalm Death are as vital and hardworking as ever, staying true to their self-styled ethos of ‘Noise for Music’s Sake’. Having lost none of their musical savagery, their socio-political message is yet to be diluted. To audiences young and old worldwide, Napalm Death are legends within the sphere of extreme music.