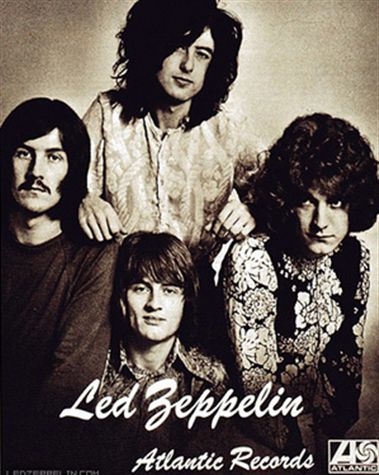 Led Zeppelin’s influence is a complex float through the mystical and magical. Updating the partitioning between Stones fans and Beatles fans in the ‘60s, the ‘70s saw you sign in blood as either a snobby Zep intellectual or a drooling Sabbath head. Zeppelin were clearly the artists, Sabbath the unabashed bashers. On a purely mythical, mystical, poetic level, Zep’s influence has been immense, the band, through all their effortless rock star poses, coming in only second to the Beatles as the prime catalyst for next generations of rock stars. Zeppelin worship caused rafts of teenagers to hit the skins and strings with a determination to escape the burbs in a squeal of fat tires. Zeppelin were insanely famous, revered, good-looking, debauched, all the while tossing off great record after great record that defied categorization, much to the chagrin of the press who just wished they could come up with brief dismissals.