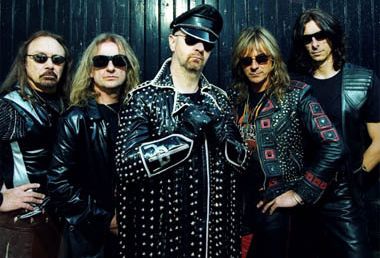 When you mention the name Judas Priest, people seem to immediately think, “Yeah, great band, big influence, British Steel, Screaming For Vengeance etc.” But even though these were the cash cow days for the band, Priest’s earlier, more subtle contributions place the band first in line after the trinity of old-timers topping our list of most influential metal bands ever. In essence, Priest was the first, practically un-noticed, new wave of British heavy metal.

And the reason is simple. After one timid false start of a debut, Judas Priest no less than re-engineered metal in their name through three futuristic and God-fearing works of high metal science: Sad Wings Of Destiny (1976), Sin After Sin (1977) and Stained Class (1978).
Martin Popoff