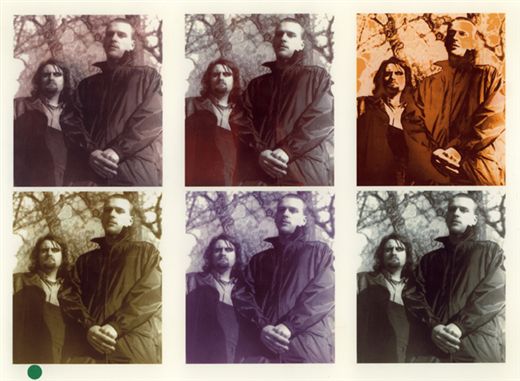 After leaving the ranks of Head of David in 1988 (having previously done time in the early days of Napalm Death), Justin Broadrick wasted no time in setting up a new outfit that was arguably as epoch-defining as Napalm. Teaming up with bassist Benny Green (his cohort in pre-Napalm act Fall of Because), their new act, Godflesh, saw the hyper-speed facets of Napalm Death turned on its head with downtuned guitars and slower tempos the order of the day. A tangible sense of urban decay and alienation oozed from every pore, thus birthing Industrial Metal.

Their ‘Streetcleaner’ opus conjured up images of concrete tower blocks; cold, grey flyovers and nihilistic angst – arguably as potent a musical representation of Birmingham as the opening chords to ‘Black Sabbath’.

To this day Godflesh are revered as godheads by acts as disparate as Isis and Fear Factory, with their long-awaited 2010 reformation surely bound to propel them back into the consciousness of many, staking their claim as true musical innovators.