THE ARCHIVE: Sabbath autographs from Telethon '88 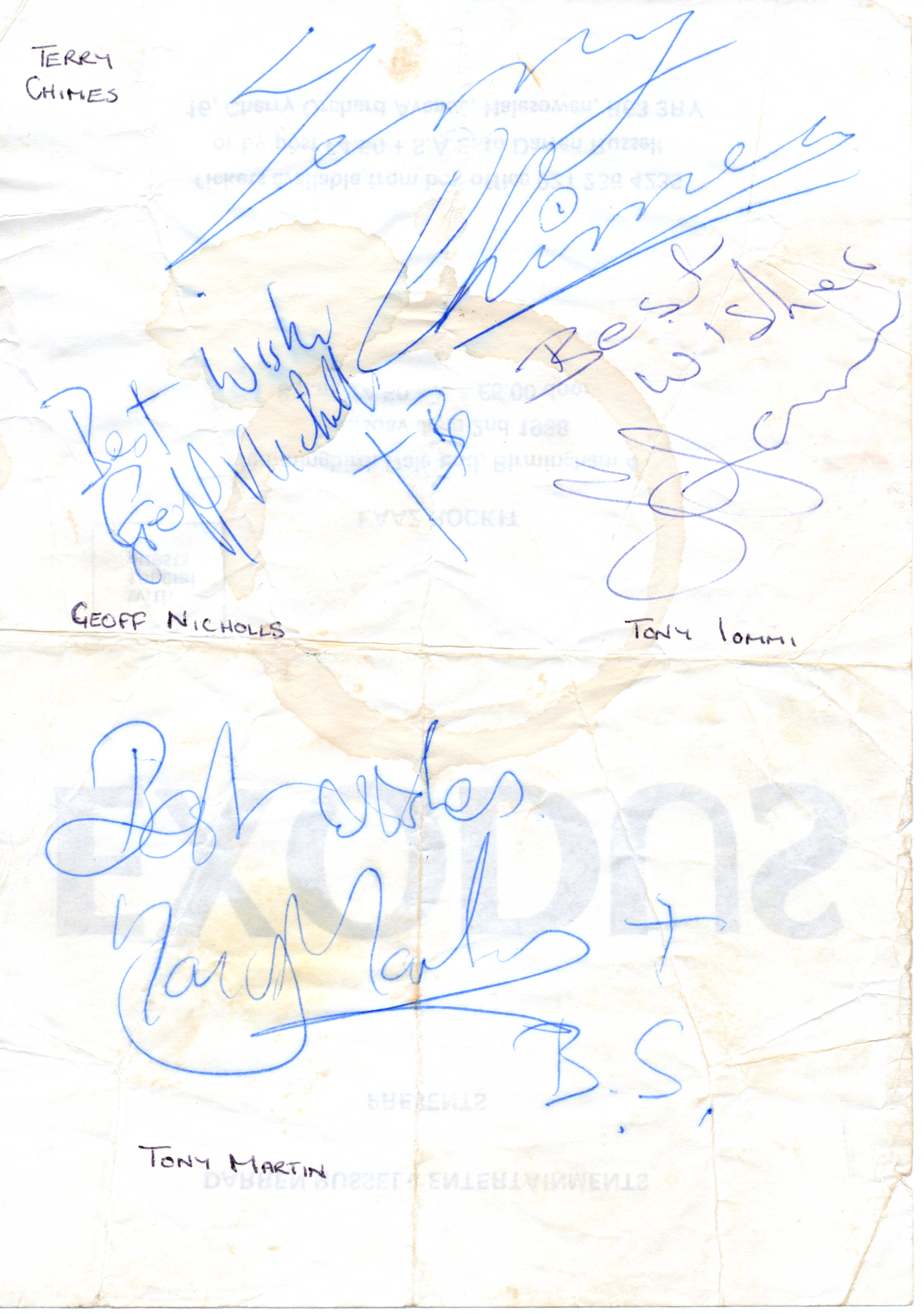 Sabs autographs begged at charity gig at the Top Hat in Oldbury. It was called the Telethon, if I remember correctly (and my memories are very hazy) there were a number across the UK which linked up via satellite. I went with a bunch of mates from Kings Norton and we had a great night, also meeting Jason bonham and (apparently) Robert Plant’s daughter. I can’t remember which other bands played, possibly Wolfsbane?