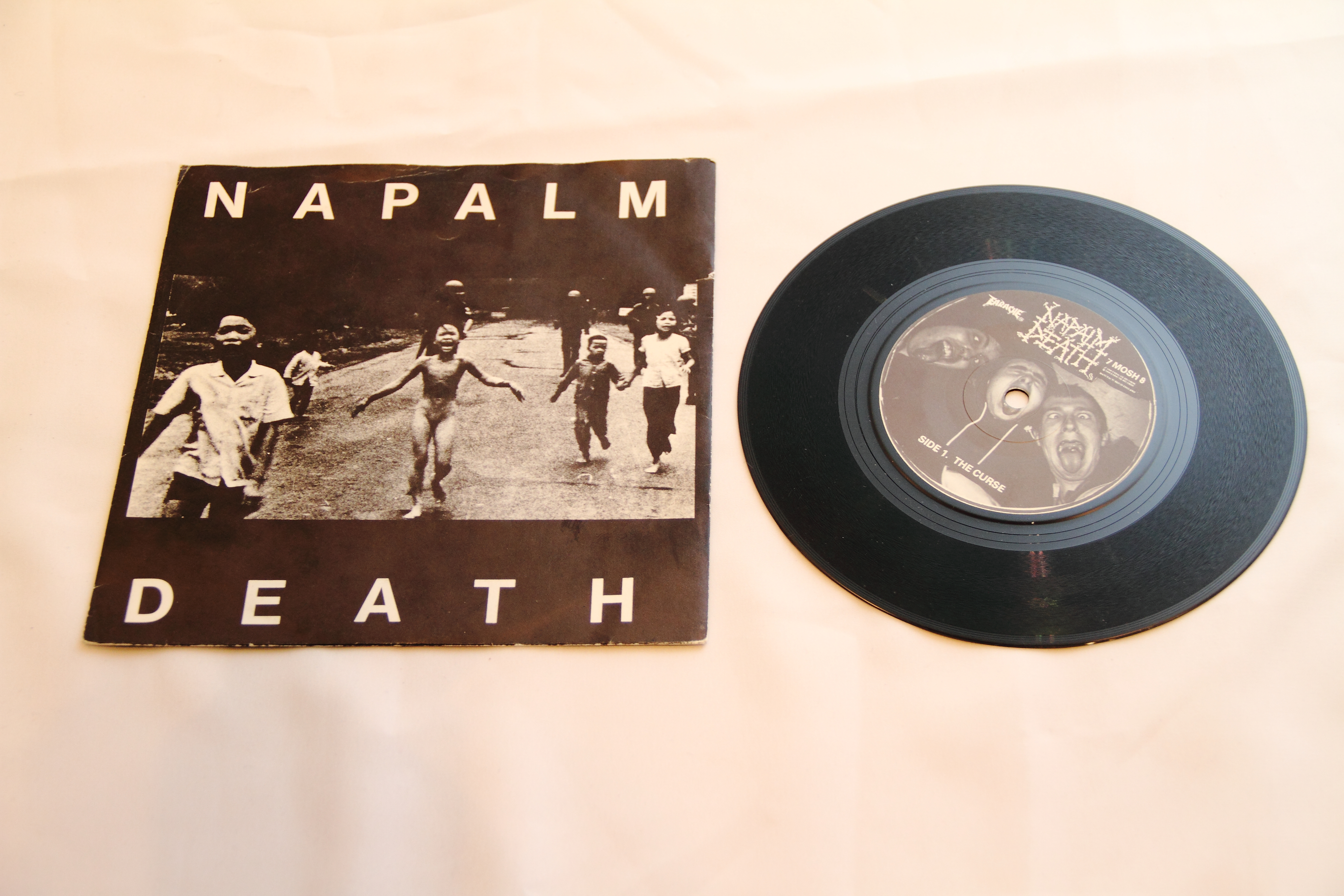 The sound of seminal Scum lp founded what was called grindcore, Scum was followed by From Enslavement to Obliteration in 1988 and there were many versions of it: Gatefold lp, picture vinyl, splatter vinyl and 2 cd versions (28 track & 54 track incl. Scum as bonus). The lp version included The Curse 7″ that was given away for free with the initial copies of lp.

Around 600-800 copies were made. One of the most obscure ep’s Earache Records ever released.