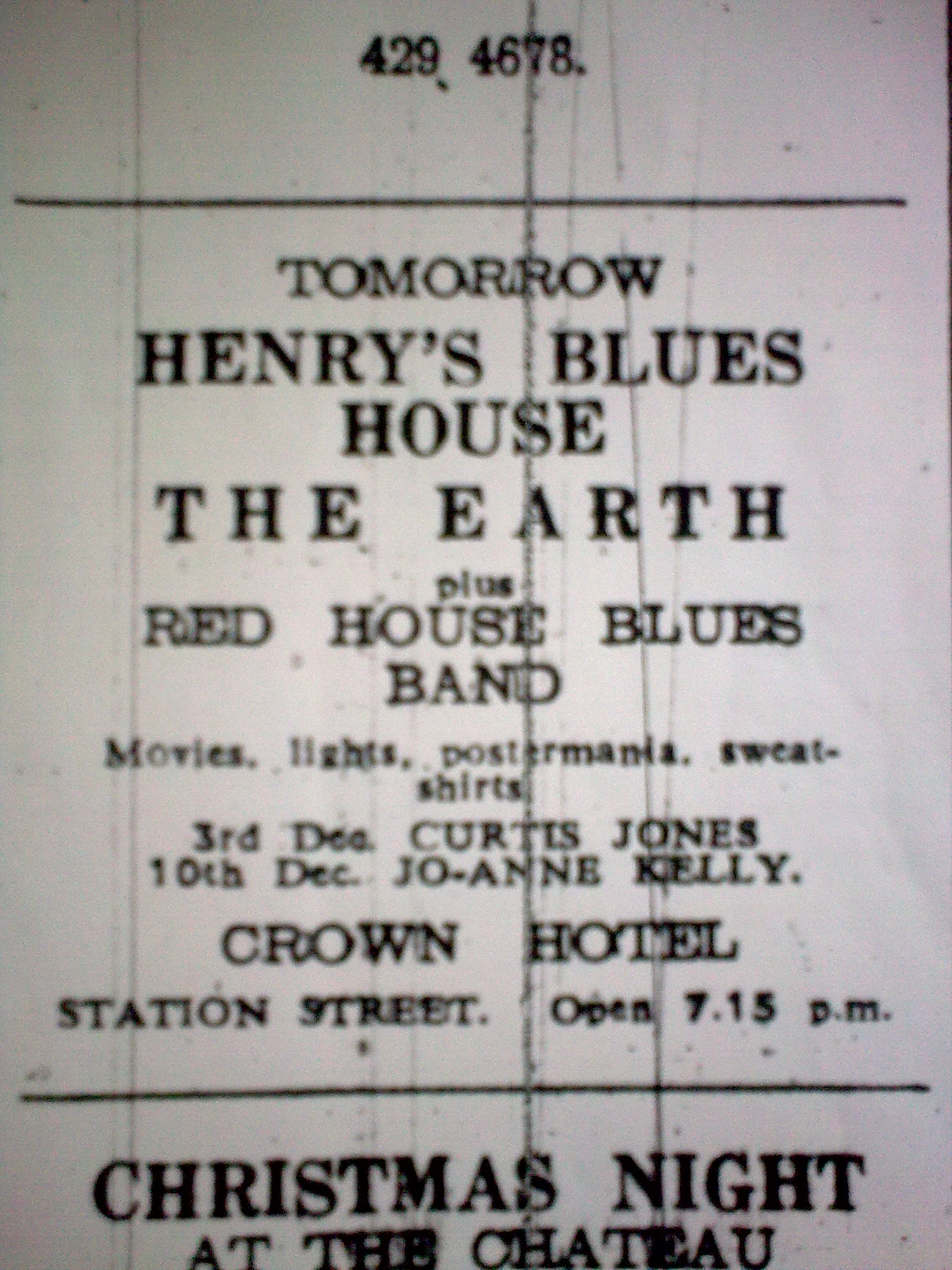 This advert appeared in the Monday 25th November 1968 edition of the Birmingham Mail. Although it states “The Earth” we know it refers to Earth. This was a time when advertisers would dictate copy over the phone and a note would be passed to a type setter. Somewhere along the line the name was taken down incorrectly. No PDF’s or uploads in those days!

At the time the Mail sold 300,000 copies. Page two was where all the local entertainment information could be found – cinema listings, dances and so on. Le Metro, the Chesterfield Club, The Station in Selly Oak, The Royal Oak in Hockley Heath… dozens of live music venues.

We’re told that these small ads in the Mail were the main primary marketing strategy for Henry’s – and they worked. On the opening night of what some sources suggest was one of the first progressive music clubs outside London, 150 people were locked out when the club reached capacity immediatley after the doors opened.

We have found many of these adverts and not all relate direclty to Sabbath but they have been vital in compliling a list of bands who played at Henry’s. Its a list that has jogged a few memories of the time for the people who we have been speaking to. We are working on a full gig by gig run down – a Henry’s gigography with accompanying anecdotes, photos and more oral history excerpts.