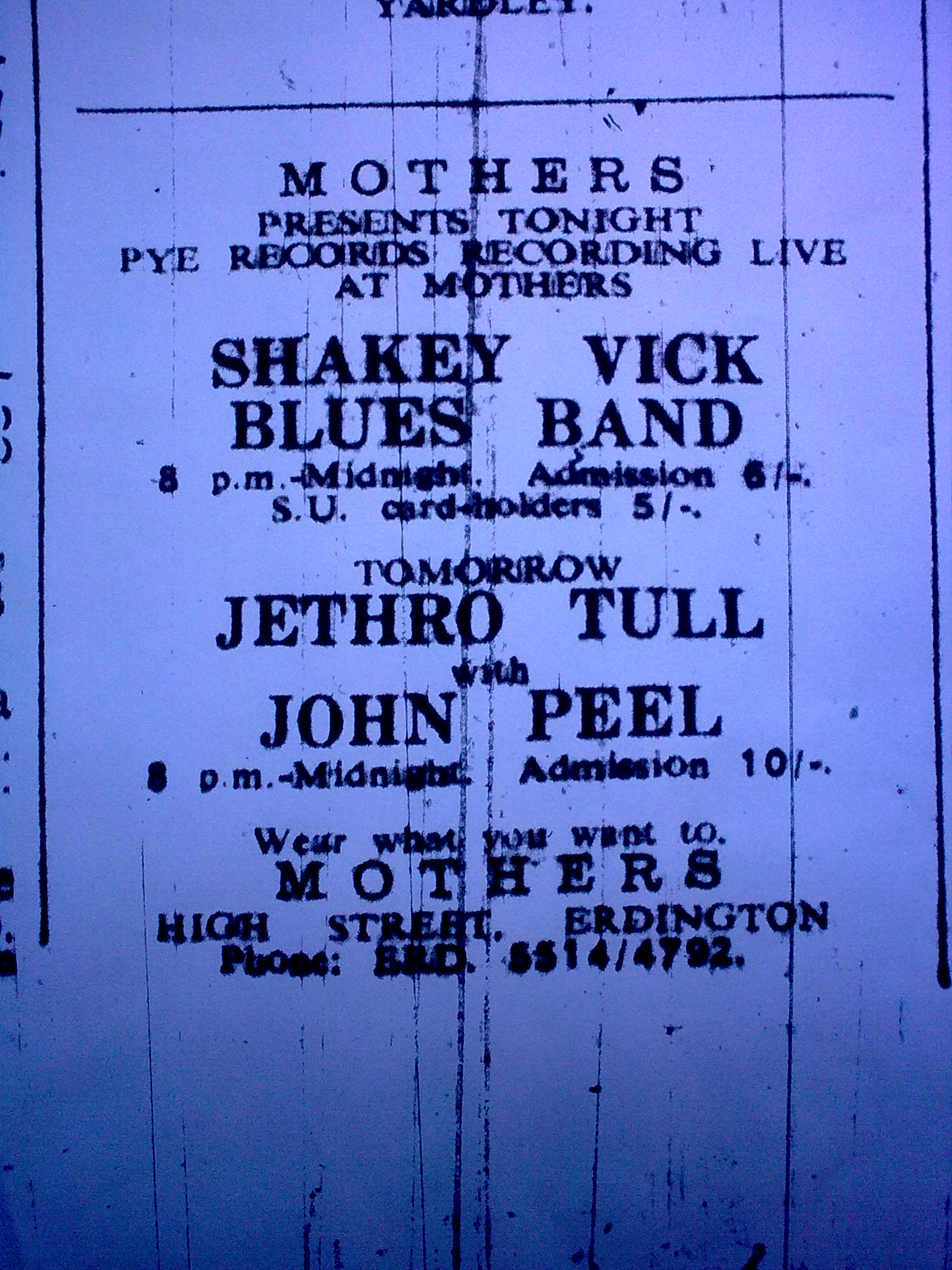 This advert for a Jethro Tull gig at Mothers – the home of good sounds – on Erdington High Street, Birmingham appeared on page two of the Saturday 23rd November edition of the Birmingham Mail. We love the way that patrons are encouraged to “Wear what you want to”.

One source lists it as including Earth as support though the official Mothers gigography from Kevin Duffy’s book doesn’t mention this.

Home of Metal interviewed someone who tells us they saw Jethro Tull supported by Earth at another Birmingham venue called Le Metro around this time and that this was the gig when Ian Anderson asked Tony Iommi to join Tull. Had they got the venues mixed up? Did a duplicate gig take place in Le Metro (under the Arches at 201 Livery Street) around this time? We have found no material evidence of Earth playing Le Metro – but they probably did.

Iommi’s transfer to Tull for a brief spell at the end of 1968 is well documented. He appears with them in The Rolling Stones Rock n Roll circus film – which for a number of reasons, my favourite being the “on screen disintegration of Brian Jones”, didn’t actually get released until 1996. I have seen the Tull clip of the band miming to Song For Jeffery on YouTube.

That was filmed on 11th December 1968 and within days Iommi was back in Birmingham and back with Earth – reinvigorated about the band and eager to put all he had learnt about being in a higher profile act during his time away into effect.