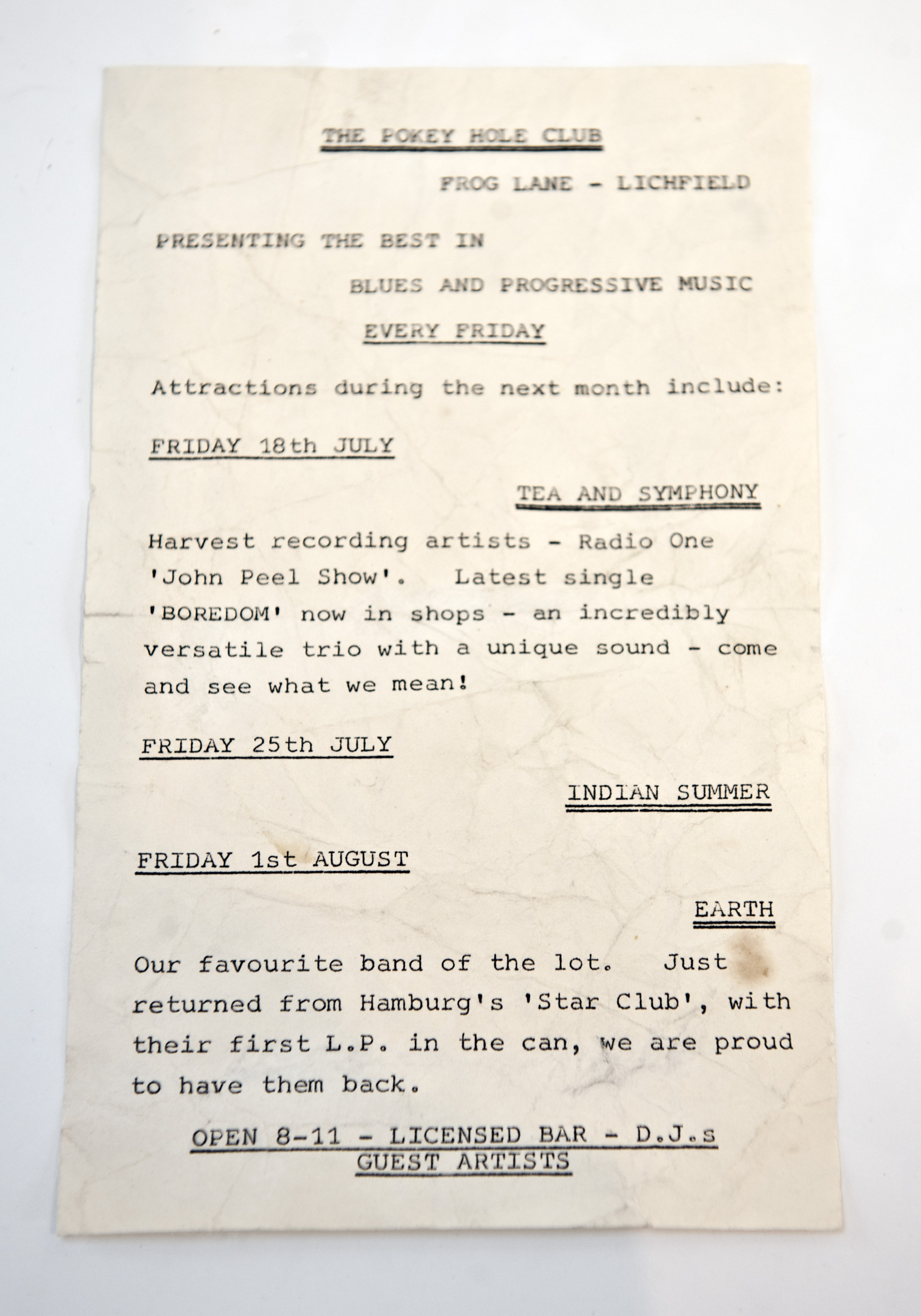 This gig was just after Sabbath returned from a trip to Hamburg. When the gig was booked they were called Earth. Some sources state that the decision to change the name was taken on the boat on the way over to Germany. This flyer was obtained from Norman Hood who booked the gig. His main memories of the evening are that the band announced from the stage that they had changed their name to Black Sabbath, Tony played a 25 minute solo and that “it was one of the loudest nights Lichfield had experienced since the Civil War” – Norman Hood.

The Pokey Hole was the venue where Black Sabbath played the song ‘Black Sabbath’ for the very first time. “…then we did this song ‘Black Sabbath’ and it just went absolutely mad. People going ‘What the hell was that that you played?’ And we realised that we were on to something.” – Geezer Butler, Sabbath Bloody Sabbath, BBC (1997)