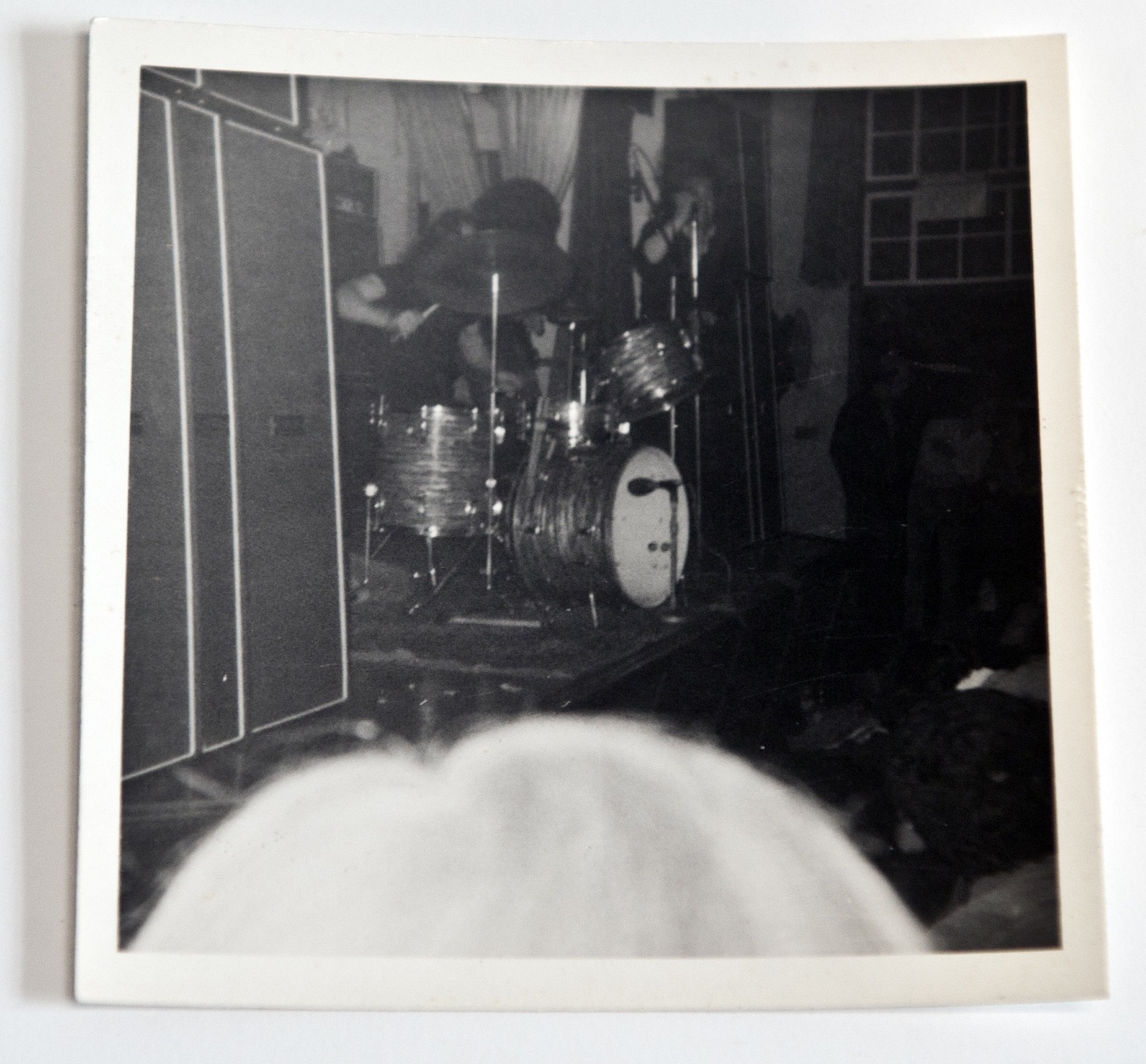 Several indicators point to this being the sab four. Bare with me. From right to left they are:

2 – just above the ride cymbal you can see a dark dome. That could be hair, lots of hair. Tony’s hair

3 – the drummer is also clearly a tonsorial dodger

5 – if those aren’t Laney cabs I’ll eat my laptop.

So to recap – right to left, these figures could be Ozzy, Tony and Bill. What other band plays with the singer, guitarist and drummer in that formation?

So where’s Geezer? You probably can’t see it but I can make out a guitar head stock at the top right-hand corner of the Laney cab above the dummer’s elbow. It’s a Fender.

Where? I have some ideas. It’s a room above a pub for sure. It was taken by Norman Hood. It could have been taken in Birmingham, Lichfield or anyone of the numerous gigs that Norman attended from 1968/69/70.

When? The full Laney rig indicates towards the end of 1969.