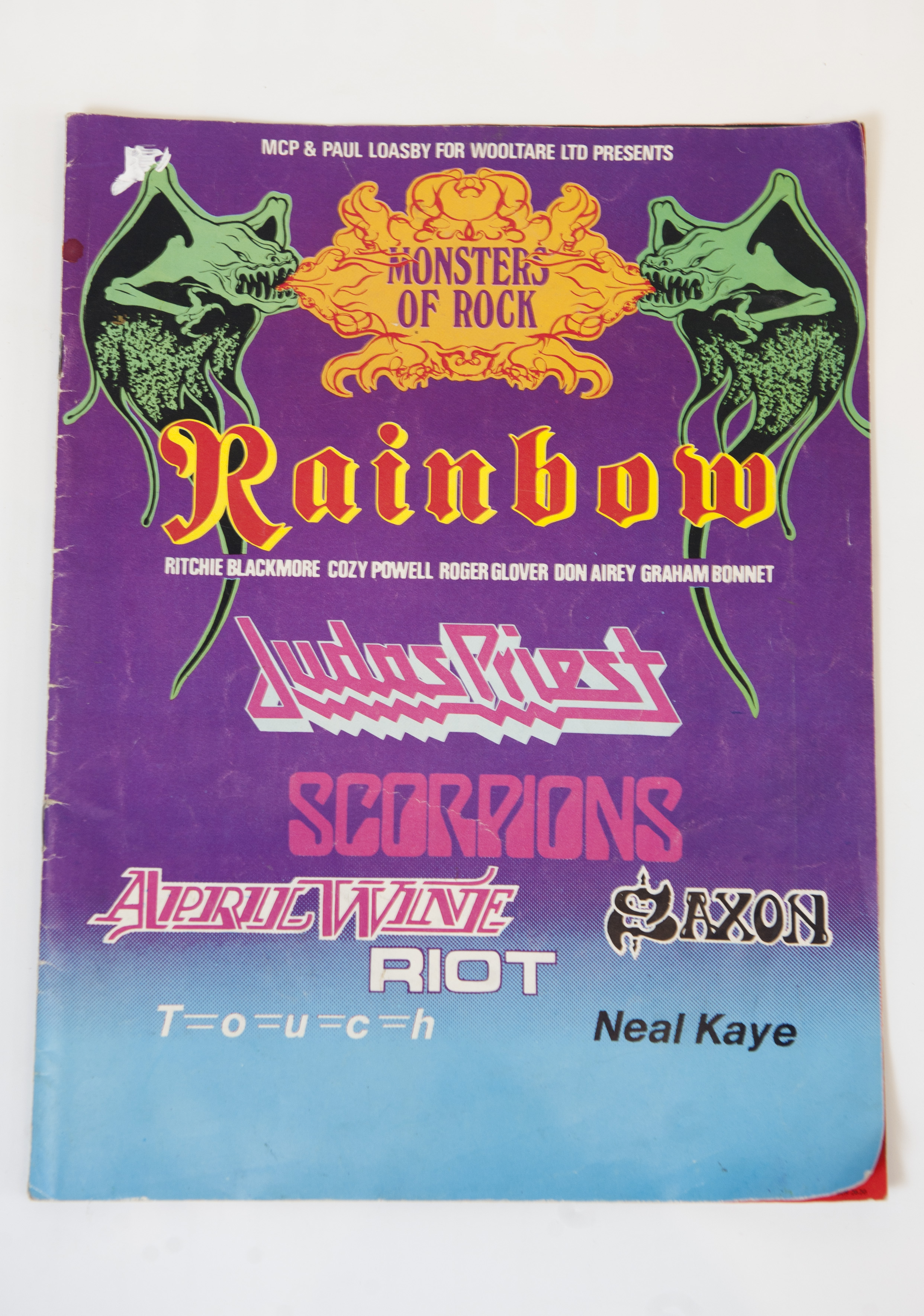 Monsters of Rock was an annual music festival held in England. It began in 1980, when promoter Paul Loasby planned a day-long summer festival dedicated specifically to bands from within the heavy rock and metal genre. As he had been promoting the recent Rainbow UK tour, he asked the bands to headline, to which they agreed. The venue chosen for the event was the Donington Park motor racing circuit at Castle Donington, Leicestershire, England.

The first Monsters of Rock line-up consisted of a mix of British and international hard rockers and heavy metal bands and was a success with 35,000 people attending. (source Wikipedia)