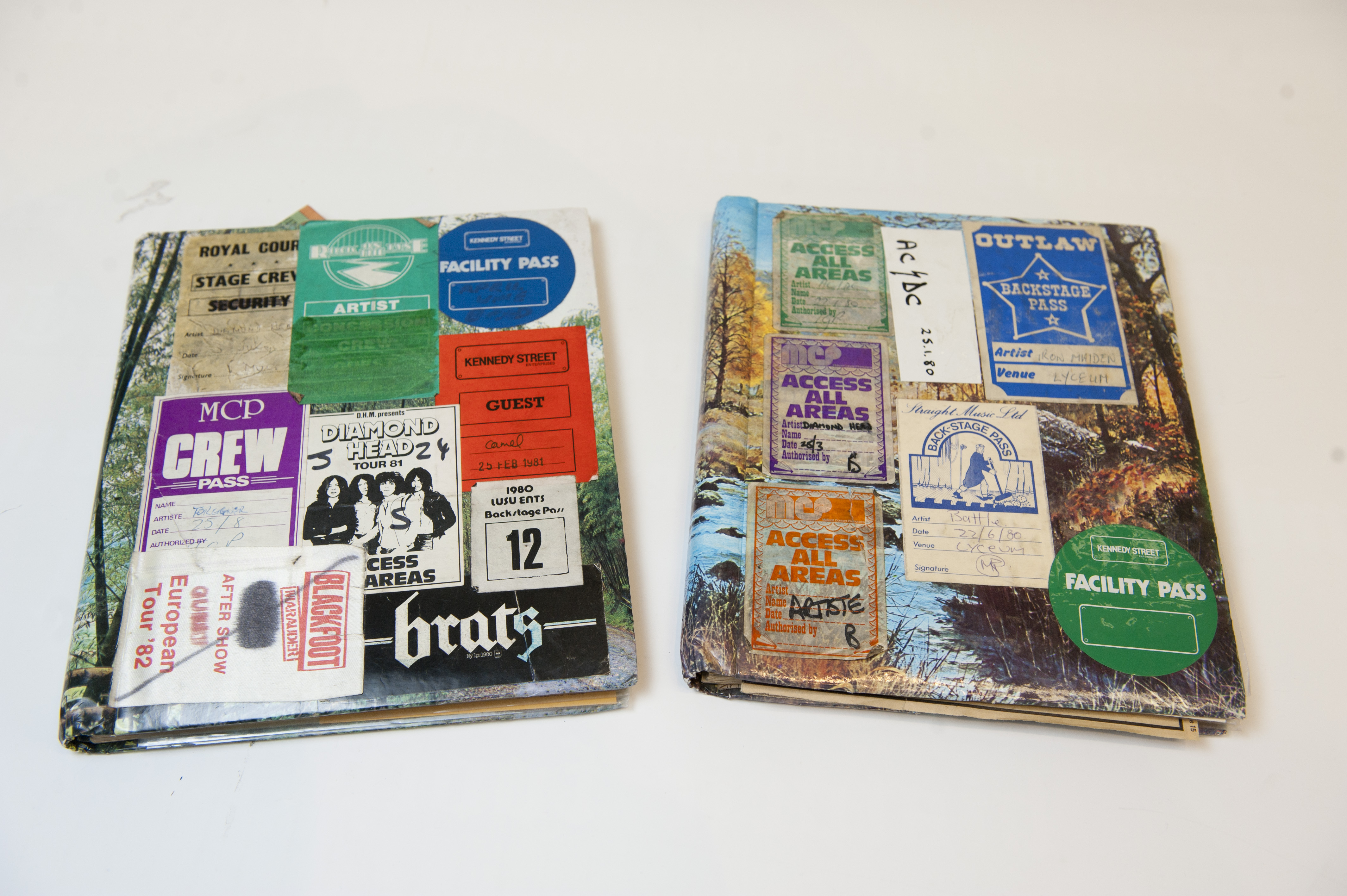 This scrapbook is open at the page that shows a ticket from the Woolwich Odeon gig in July 1981 that Lars Ulrich, who would later become drummer for Metallica came all the way from Los Angeles, USA to attend. After the gig Lars got back stage and spoke to Diamond Head. When he revealed that he had come straight to the gig from the airport, and had not yet booked into a hotel, he was invited to stay with Brian Tatler in Stourbridge.