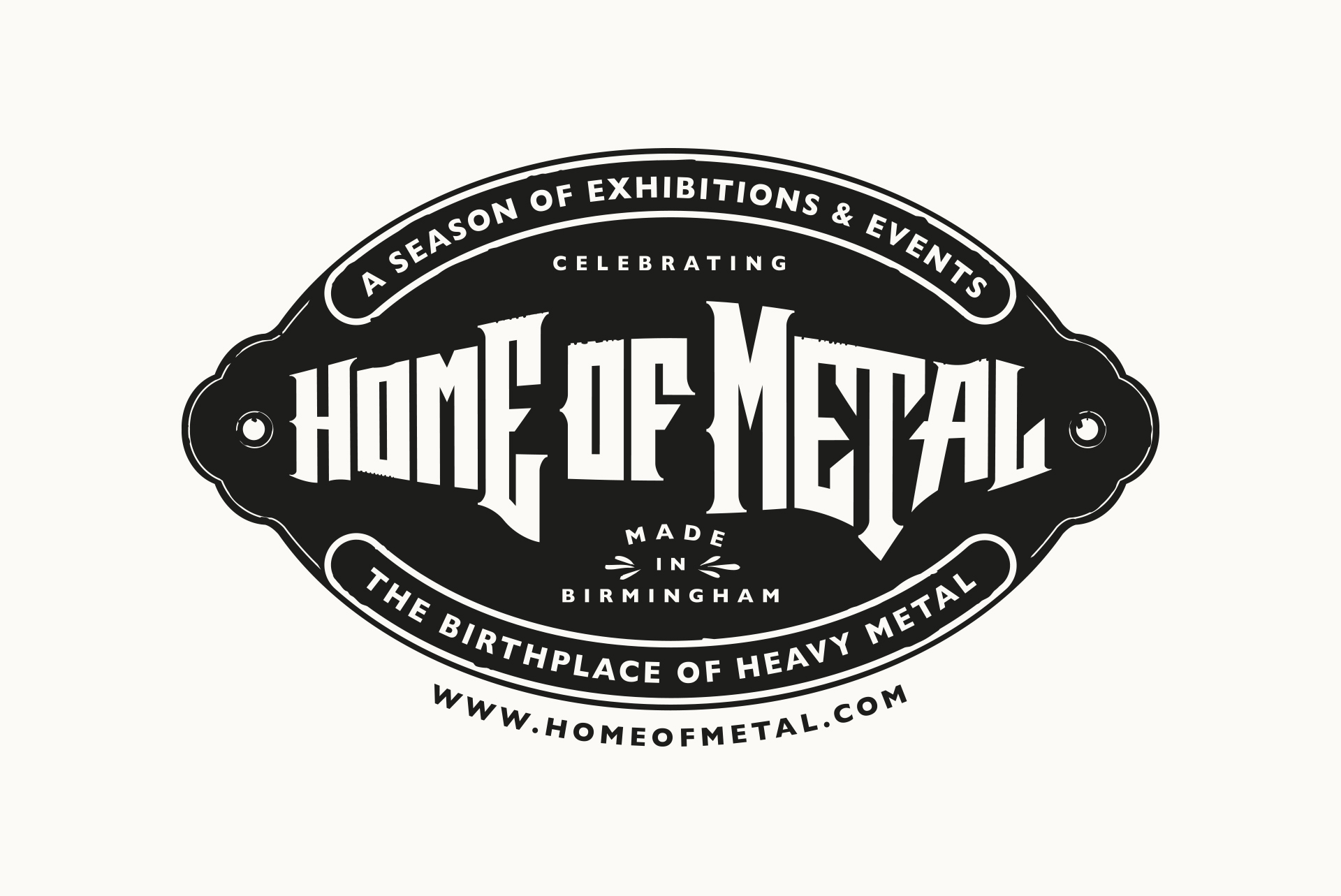 Home of Metal will once again shine a light on the global phenomenon of Heavy Metal with a series of blockbuster exhibitions devoted to the music that was born in and around Birmingham.  Music that turned up the volume, down-tuned the guitars, and introduced a whole new meaning to the word ‘heavy’.

From May to September 2019, exhibitions at Birmingham Museum & Art Gallery, The New Art Gallery Walsall, MAC (Midlands Art Centre) Eastside Projects, and Centrala, will join the dots between music, social history, visual art and fan cultures to produce a new perspective on metal.  One that is celebratory, eschews notions of high/low culture, and joins audiences and performers together. 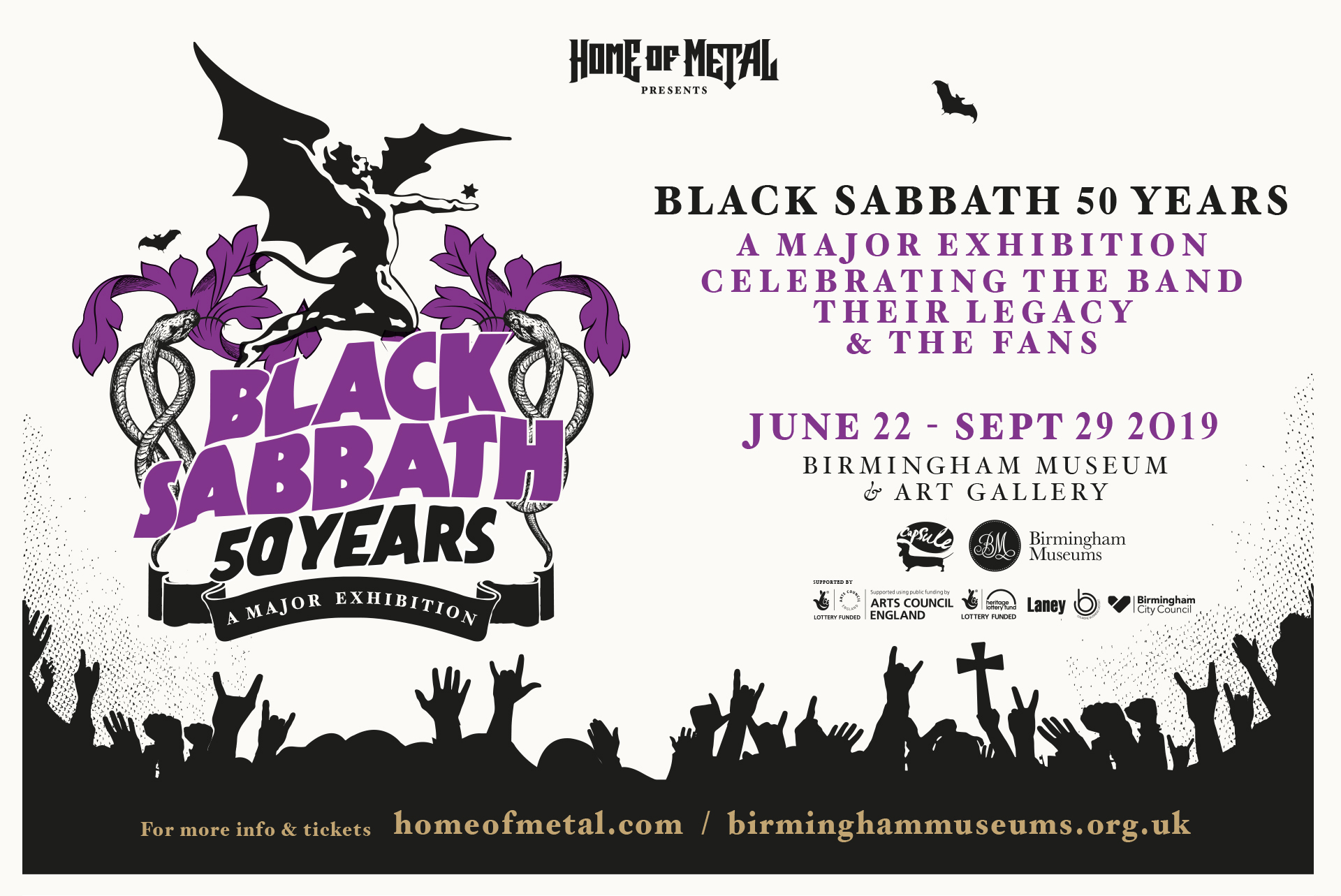 The flagship show, Home of Metal: Black Sabbath – 50 Years, at Birmingham Museum & Art Gallery from 22 June until 29 September, will capture Black Sabbath from the perspective of their fans, to show the impact and cultural legacy of the band as pioneers of Heavy Metal, and to celebrate this unique, significant part of British music heritage. The show is being delivered in partnership with Birmingham Museums Trust.

Memorabilia, collections and personal stories will demonstrate the extraordinary scale and diversity of Black Sabbath’s international fan-base together with a vast photography collection of over 3,000 portraits of fans from all corners of the globe.

Further pieces will also include iconic artefacts and treasured personal items on loan from the band members themselves.

Home of Metal is conceived and produced by Capsule, under the leadership of its founder and artistic director, Lisa Meyer.  In collaboration with Capsule, Morag Myerscough, one of the UK’s most celebrated and acclaimed designers will design Home of Metal: Black Sabbath – 50 Years for the Gas Hall in Birmingham Museum & Art Gallery, the largest exhibition space in a museum or gallery outside of London.

Tickets will be released in mid-March – Pre-Register for tickets

Home of Metal will present four further exhibitions in  partnership with organisations in and around Birmingham. 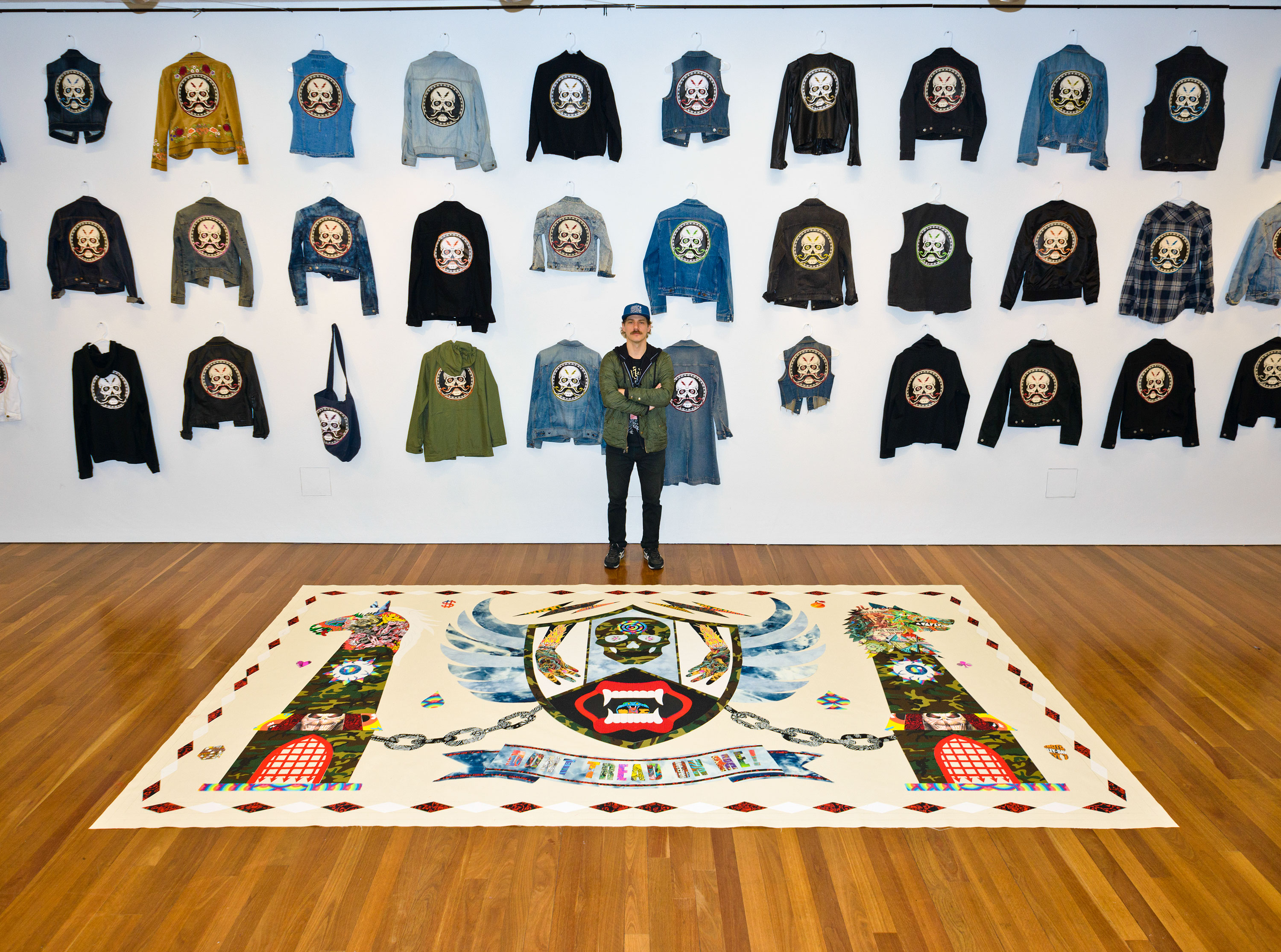 
Artist and craft-maker Ben Venom will present the lead summer exhibition ‘All This Mayhem’ at MAC (Midlands Art Centre) from 15 June to 8 September with a show using traditional quilting and Heavy Metal aesthetics. Working with repurposed materials to create textile-based pieces, Ben contrasts the often menacing and aggressive counterculture components of gangs, punk/metal music, and the occult with the comforts of domesticity.  This will be his first solo UK exhibition. 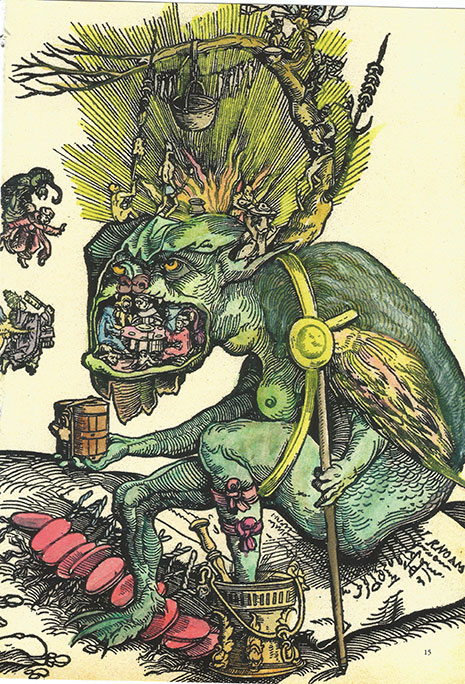 Monster Chetwynd: Hell Mouth 3 opens at Eastside Projects from 18 May to 27 July. Chetwynd’s fascination with Penelope Spheeri’s three-part film series The Decline of Western Civilisation, from 1981 to 1998, featuring many of the ‘most influential and innovative musicians and groups of all time’, has informed many of her works over the past decade and will take centre stage in this large-scale sculptural and performative spectacle set in the industrial space of Eastside Projects in the heart of Birmingham. 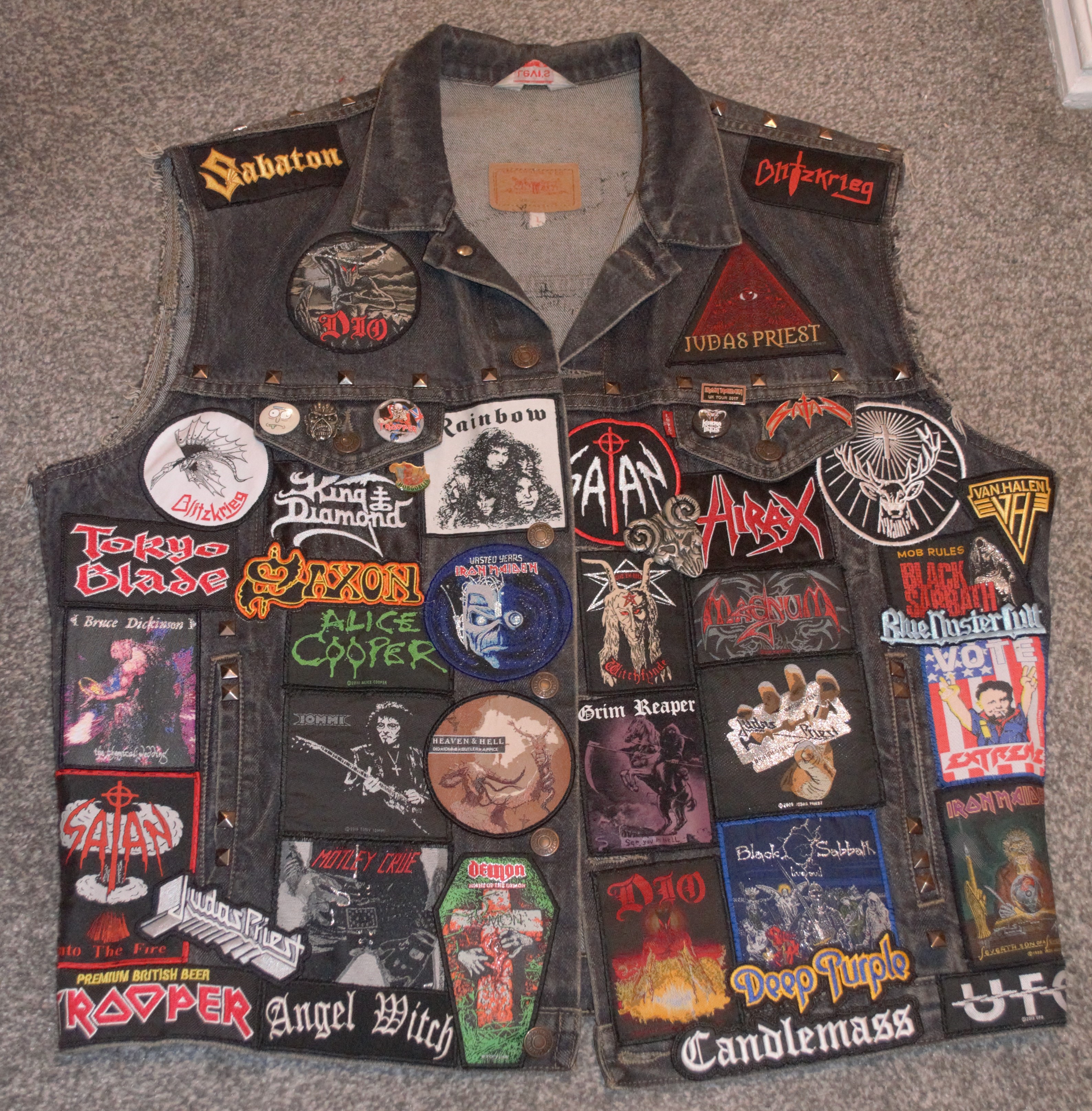 Centrala, from 22 June until 11 August will present two exhibitions and a programme of talks and events by the award winning and acclaimed Polish conceptual artist Przemek Branas, who will create a new installation and performance in response to the themes of Home of Metal.   An archival and research based exhibition will feature materials, such as letters, cassette tapes and zines, collected by Polish fans and received by them from the West, at a time Polish music scene was under state control.

Home of Metal is a project conceived and produced by Capsule and is generously supported by Arts Council England, Heritage Lottery Fund, Laney Amplification and Colmore Business District.