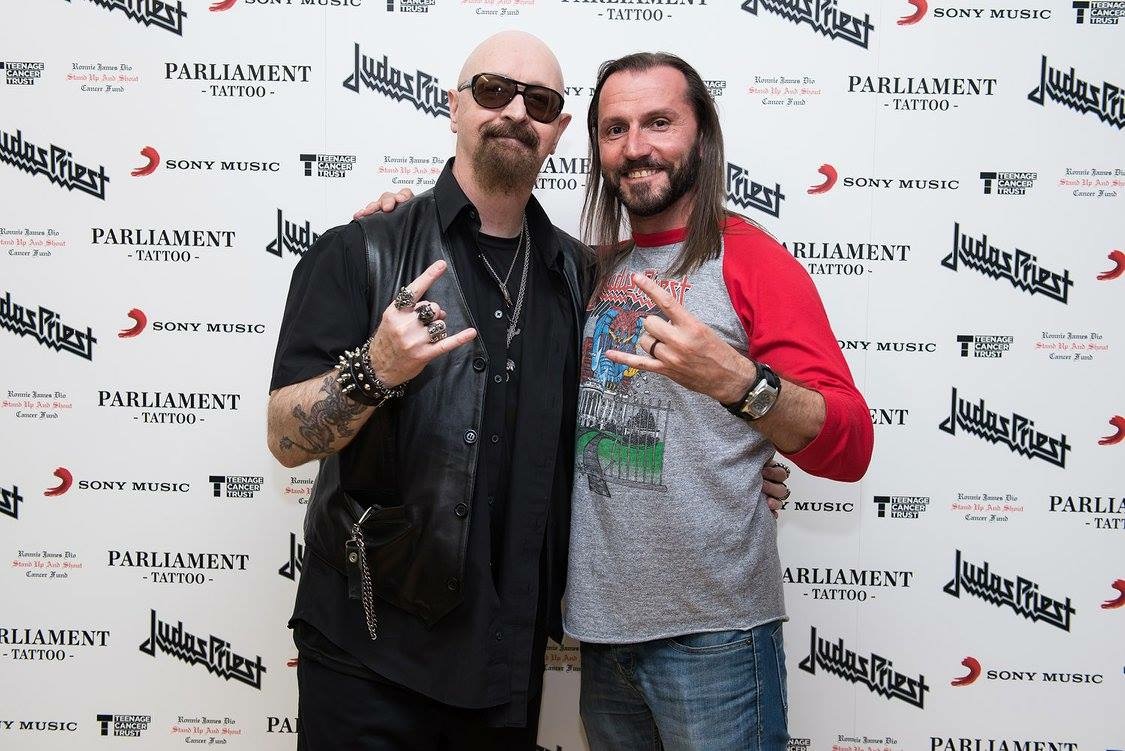 As the Metal God would’ve announced himself: It’s a rainy Thursday night in North London – and The Priest is back!

In a nutshell, a number of top tattoo artists from all over the world were invited to give their own hand painted interpretations of Priest songs, albums or artwork on the back of leather biker jackets. The results were simply awesome!

With the mighty Priest being an integral part of the Midlands Metal scene, we were lucky enough to be invited along to the evening by our good friend and Home of Metal supporter, Julie Weir. 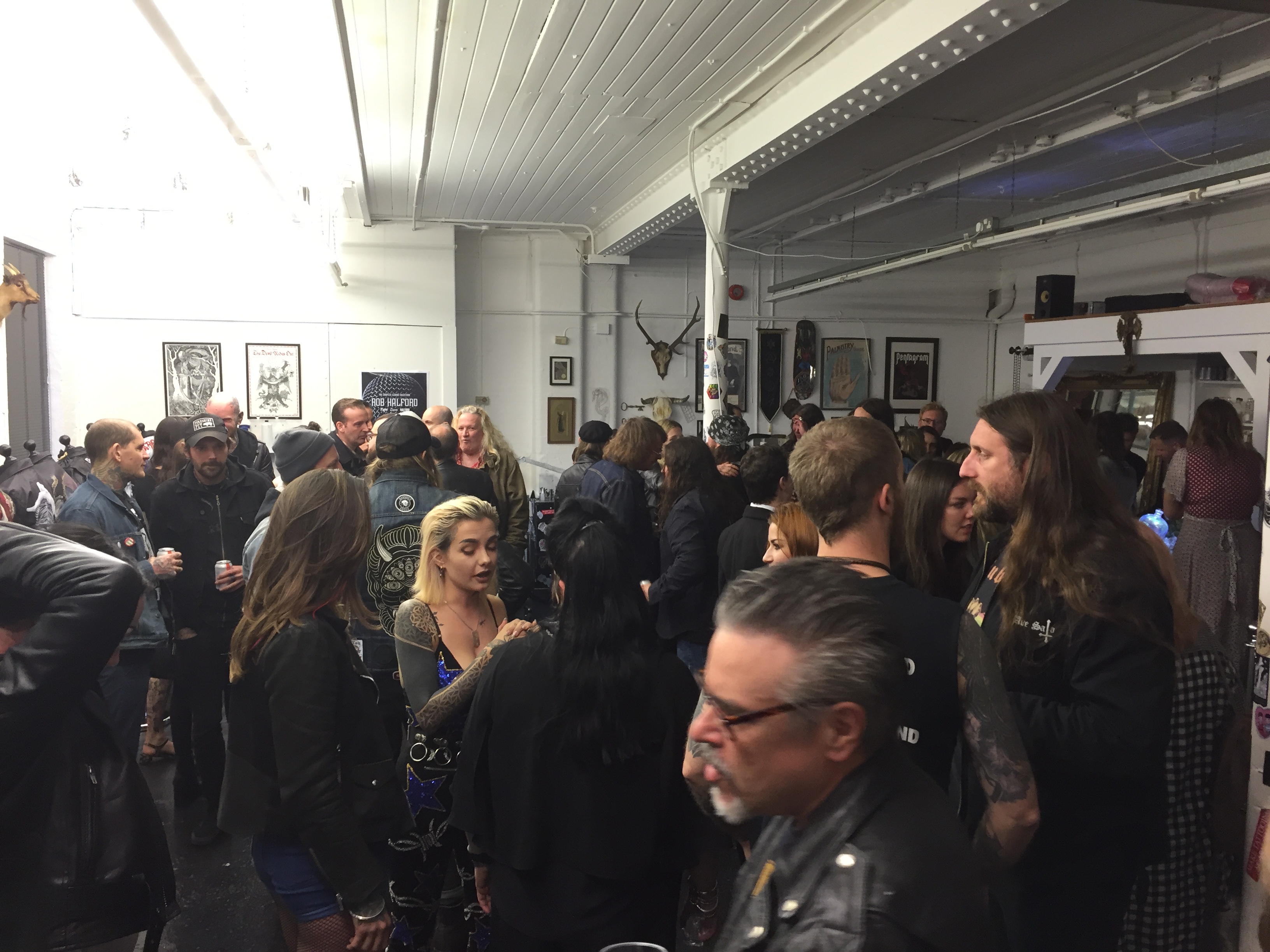 After being welcomed to a packed house of colourful characters, we were greeted with a soundtrack of, what else? Judas Priest! As the drink flowed and we awaited the arrival of the Metal guest of honour, guests perused the jackets on display. One particular standout creation was ‘Painkiller’, by Uncle Allan from Conspiracy Inc. in Berlin. His bright and vibrant homage to the 1990 album artwork even impressed fellow guest, Mark Wilkinson, the artist responsible for the original album artwork (along with many other Priest releases). It was great to catch up with Mark who got involved with the Home Of Metal exhibition back in 2011. 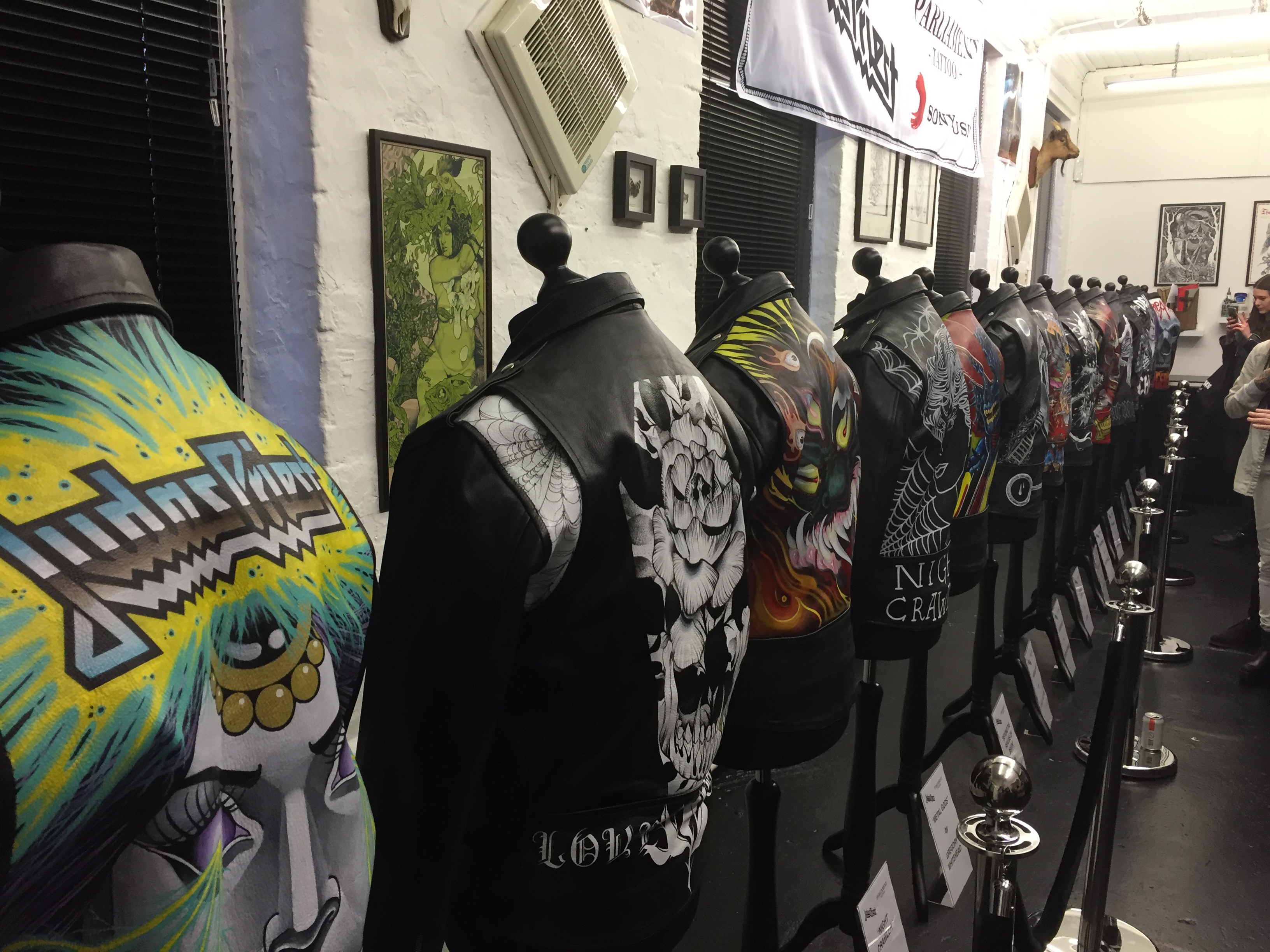 Other jackets of note were ‘ Electric Eye’ by Xam from Seven Doors in London, ‘Devil’s Child’ by Tamara Santibanez from Saved Tattoo in New York, ‘Love Bites’ by Kelly Violet from Parliament Tattoo in London and ‘Ride With The Devil’ by Wendy Pham from Taiko Gallery in Berlin. 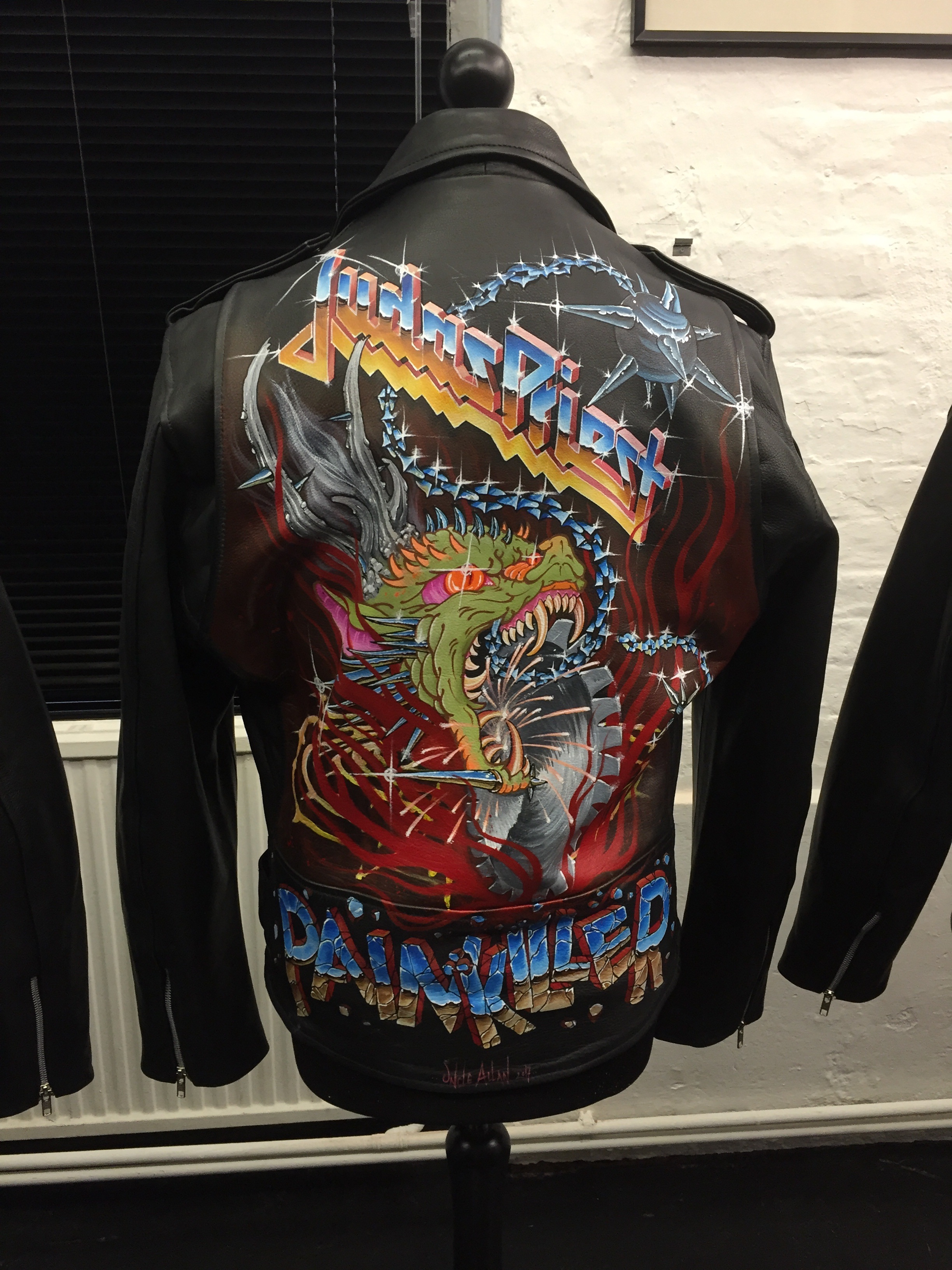 After officially opening the event, Rob Halford signed autographs and posed with fans for photographs, before going on to talk to the artists and check out their masterpieces . It was safe to say he was suitably blown away! And not one to shy away from the occasional leather jacket onstage, maybe he had his eye on one or two?

As we all know today, heavy metal, leather jackets and tattoos all go hand in hand. This is what made the event all the more exciting.. and definitely all the more cool. But perhaps the most important aspect of the coming together of these three entities is the money to be raised by the sale of these pieces of art for the Teenage Cancer Trust and Ronnie James Dio’s Stand Up And Shout Cancer Fund.

The jackets will be up for auction (and raffle), so go and check them out at www.givergy.com/charity/judas-priest and maybe make a bid or buy a raffle ticket! The auction ends on the 17th May and the raffle will be drawn on 31st May.

Take it from us, the jackets are well worth a look and will be on public display from 6th – 10th May at Camden Stables Market, London, NW1 8AH and then from 13th – 14th at Brighton Tattoo Convention.