The Public: The Art of Noise 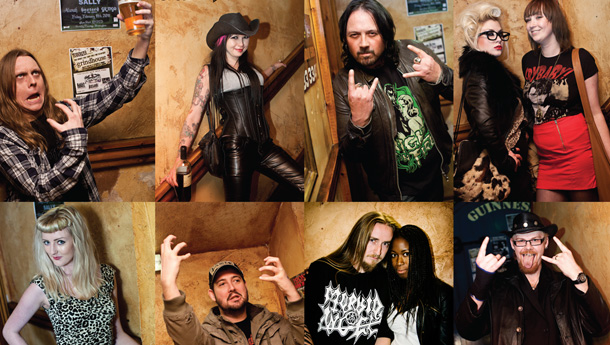 Home of Metal formed part of The Public’s Art of Noise exhibitions programme. This featured a range of work from local, national and international artists that explored the relationship between sound, music and the visual arts.

The exhibition included a collection of photographs by renowned local rock photographer Steve Gerrard and also featured film, sonic installations and a programme of events and activities for all ages. Steve Gerrard’s photographs of Heavy Metal fans were previewed at The Public during the Home of Metal Weekend which took place between 1-4 September 2011.

Gerrard has been an accredited photographer for bands such as Radiohead, Metallica, Kiss, Muse, Nine Inch Nails, Iron Maiden, The Sex Pistols, Bon Jovi and Kings of Leon, and his work has been published in magazine including Rolling Stone, Kerrang!, NME, Terrorizer, Metal Hammer and Rock Sound.