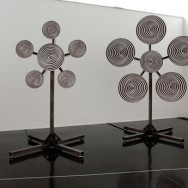 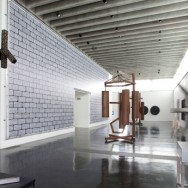 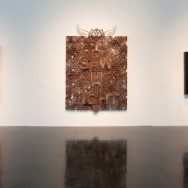 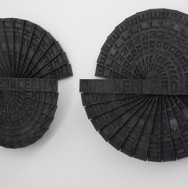 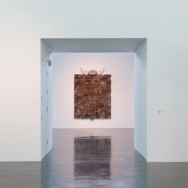 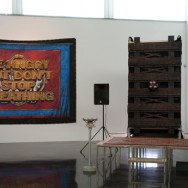 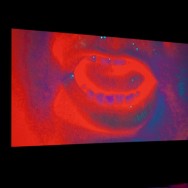 BE TRUE TO YOUR OBLIVION

An artist hugely inspired by Heavy Metal, Capsule invited former Turner Prize nominee Mark Titchner to talk at the Metal Symposium in 2007 and have maintained a strong relationship with this artist throughout the Home of Metal project. ‘BE TRUE TO YOUR OBLIVION’ was a major solo exhibition that explored this influence and showcased new works by the internationally renowned artist.

The exhibition featured newly commissioned works including a video portrait of Nicolas Bullen, founding member of Napalm Death, a banner carrying the Judas Priest lyric ‘I’ll choose my fate’, taken from the songs ‘You don’t have to be old to be wise’. Shown in the Gallery’s Window Box which could be seen from the street outside, the banner created a link with Walsall Leather Museum’s display of the stage costumes of Judas Priest. The exhibition also featured a re-worked version of ‘Be Angry but Don’t Stop Breathing’ in which visitors were encouraged to use the sculpture as a forum for public, vocal catharsis.

Also included was ‘Ergo Ergot’, a work inspired by a variety of sources including the iconic logo of Vertigo Records which launched Black Sabbath’s first album in 1970. In this work, dizzying optical illusions and hypnotic animations evoked a hallucinatory experience. The New Art Gallery also showed memorabilia relating to Heavy Metal over the duration of the exhibition.