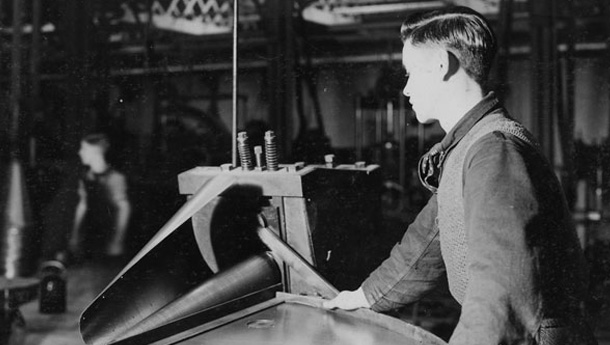 Bantock House Museum held an exhibition called ‘The Part They Played’ which was included in the Home of Metal programme of events. The exhibition brought to light the contribution made to the war effort in the 1930s and 1940s by Wolverhampton’s metal industries.

Many of Wolverhampton’s factories took on contracts for the Ministry of Defence, switching production from heavy machinery and domestic ware to the manufacture of a diverse range of munitions, from fighter planes to bomb tails, brass shell cases to tin hats.

Beginning with a 1940s weekend on 3-4 September 2011, the exhibition linked to a series of 1940s-themed activities taking place at the museum during the same month. It celebrated the contribution made to the war effort by the metals industries and included images of workers engaged in production of munitions. There were also a selection of objects made at the factories on display.